Vegan Chicken and Dumplings like my Grandma used to make! Fluffy clouds of dumplings, a thick and flavorful gravy, and chunks of delicious vegan chicken! 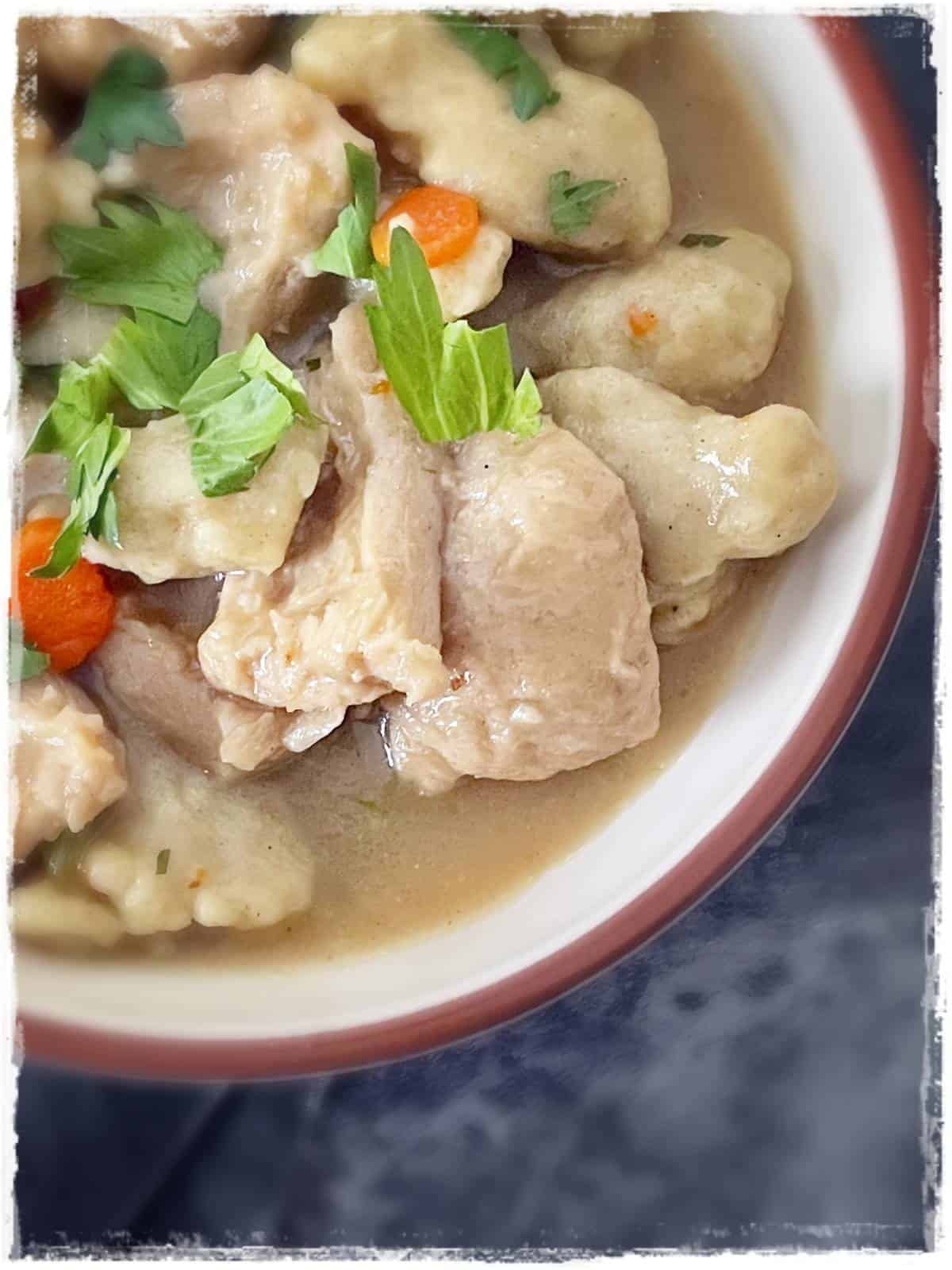 The “chicken” in this recipe is an incredible plant-based product from the food company Improved Nature. It’s a soy-based product. I just have to say, I’ve been vegan and gluten-free for many years and have been searching for just this kind of product. It’s easy to use and has exactly the texture I’ve been looking for.

*This post is sponsored by the folks at Improved Nature. I only review products I actually use and will always give my honest views.

This product tastes like the “real thing” but is made entirely from plants! It’s made from soy protein and is vegan/plant-based, gluten-free, high protein, low calorie, and has a two-year shelf life. I love that it’s gluten-free but with the same chewy texture of seitan. I’ve made my own GF seitan but the firmer texture was elusive. This product does really well at imitating a meaty or real seitan texture.

I used Improved Nature’s PRIME Nuggets and they worked perfectly in creating a tasty batch of vegan chicken and dumplings that could pass for what my Grandma used to make.

The Nuggets are simple to use. The nuggets look pretty much like hard little puffs when they come out of the package. They come dried/dehydrated, which makes them shelf-stable for as long as two years. A plus is that they don’t take up space in the fridge but can just be stored in the pantry at room temperature until they’re rehydrated (then they have to be refrigerated, of course). 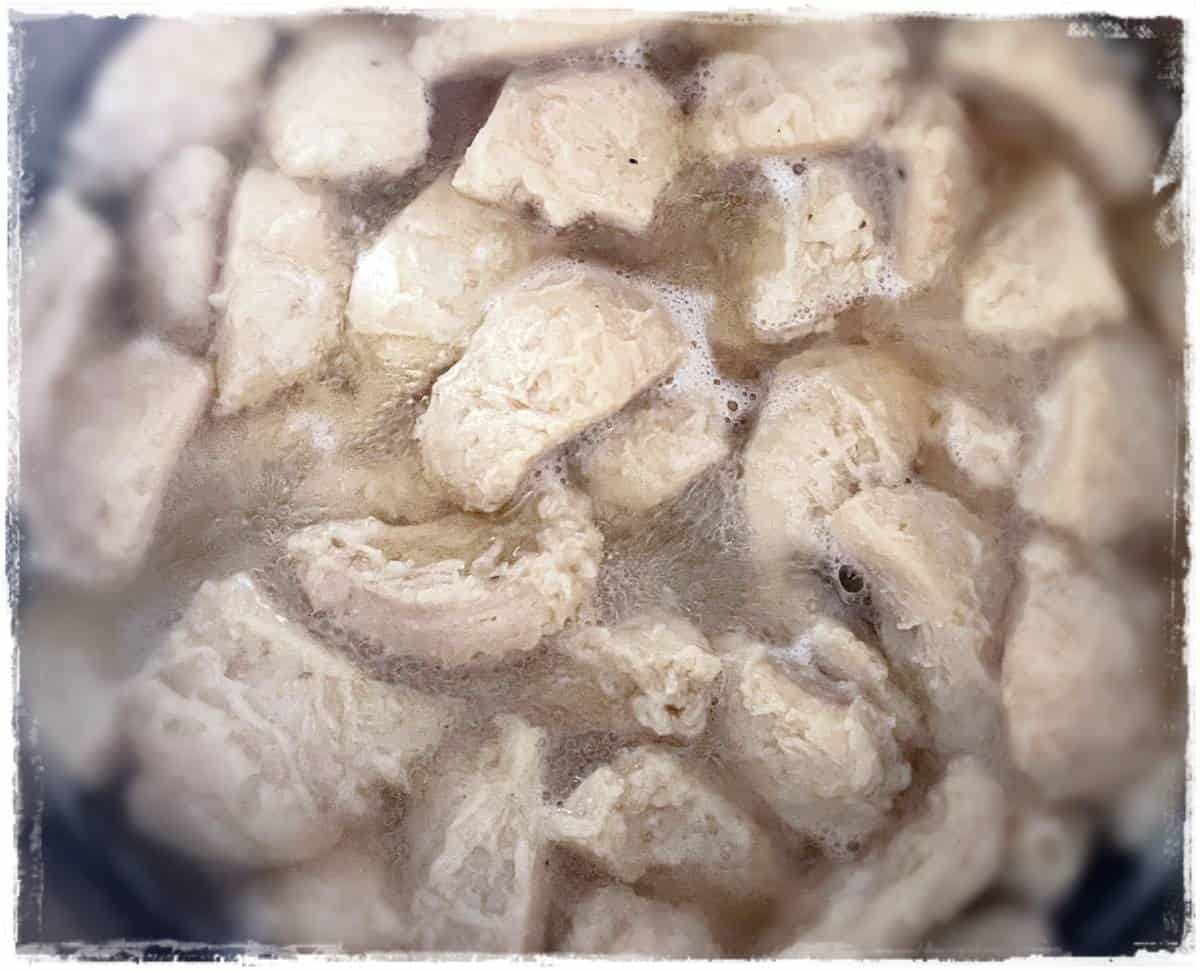 Just simmer the nuggets in a pot of water or vegetable broth for about 15 minutes to rehydrate them and, voila! they turn into chunks of plant-based meat substitute that can be used in myriad ways. The texture is firm and will flake apart or kind of striate in a way that’s quite similar to chicken. 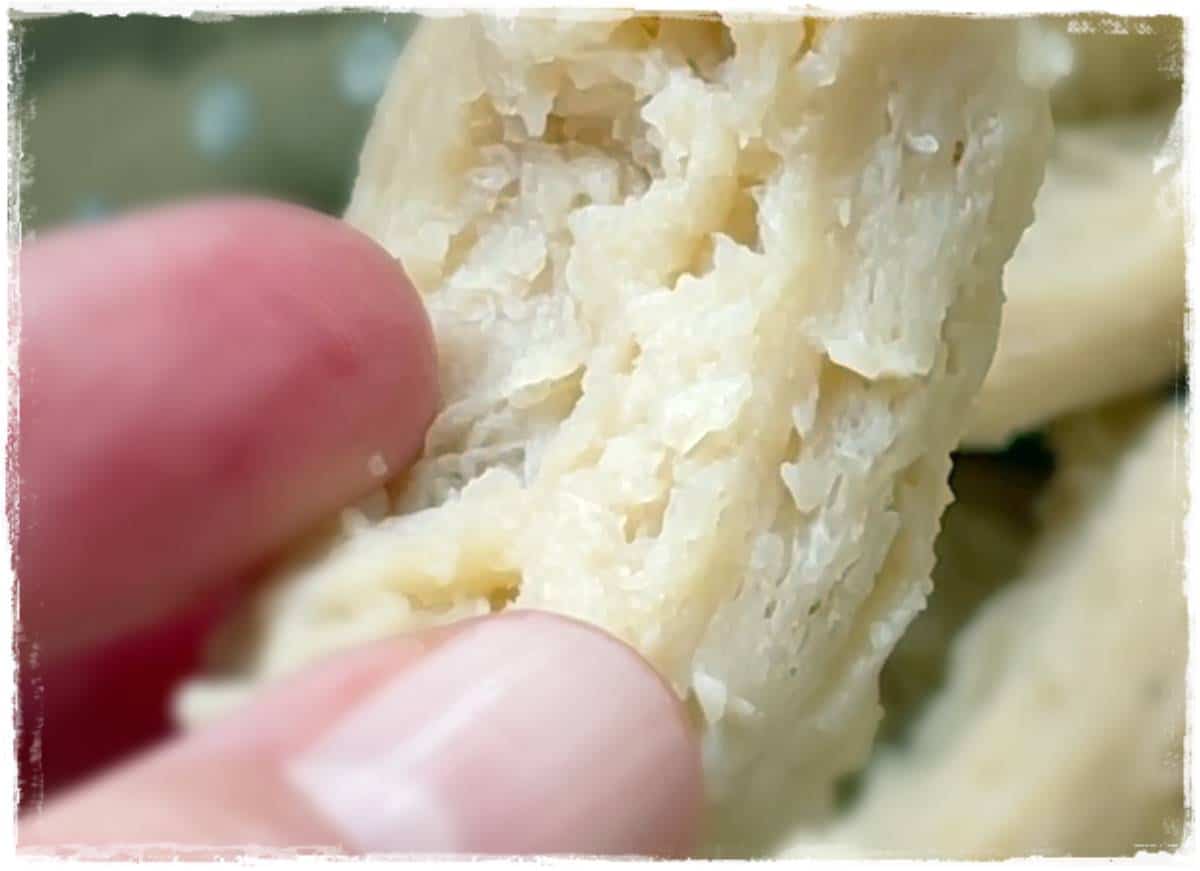 I used some of the nuggets and just breaded and fried them and the texture and flavor were fantastic. 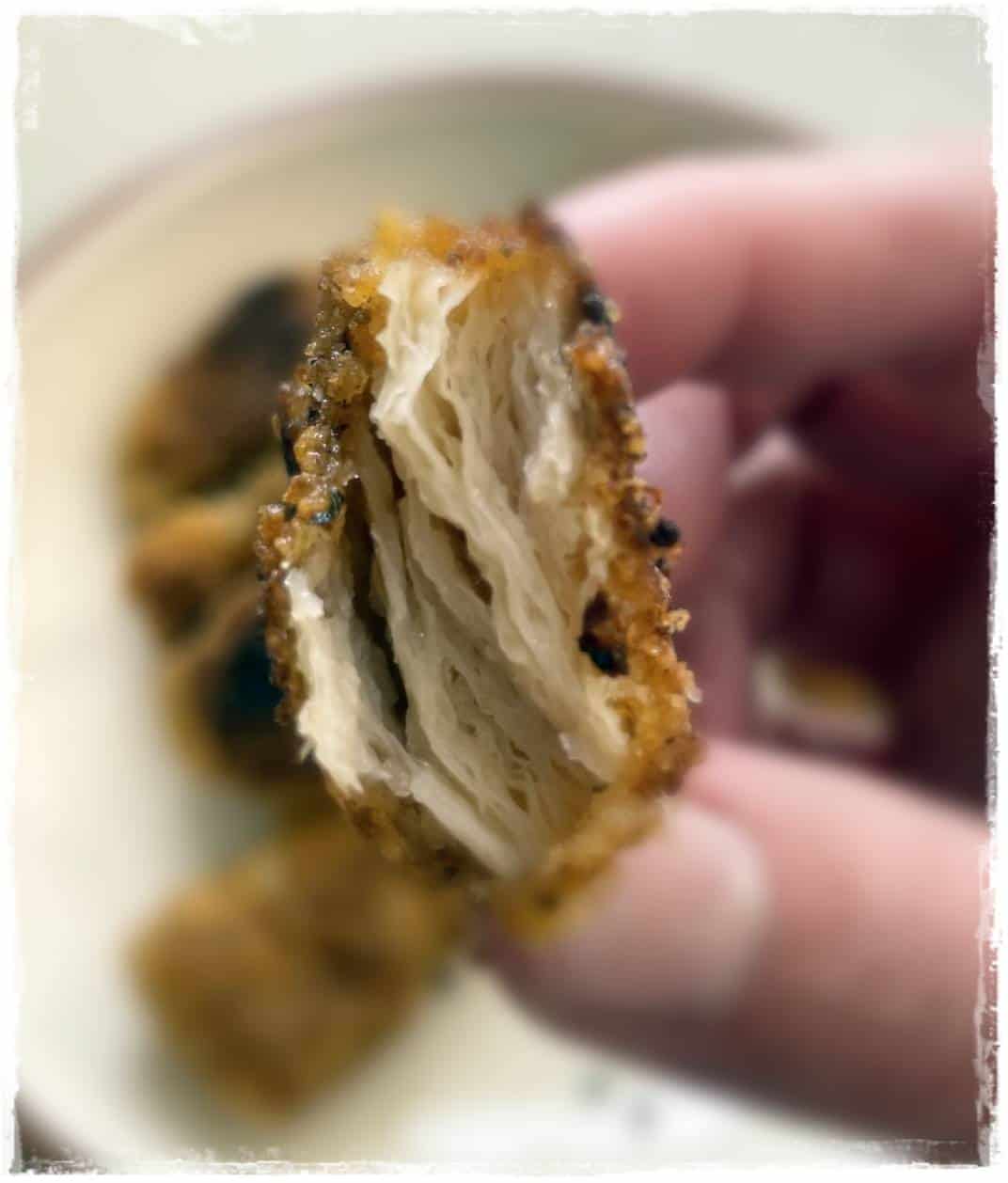 OK, back to the dumpling recipe! This is a Southern version of chicken and dumplings done up vegan-style. I started by rehydrating the Improved Nature Nature’s PRIME Nuggets. To do that, I used 10 cups of water with some vegetable bouillon added for the entire 8 oz bag. I simmered it gently in a large, heavy pot for 15 minutes and then drained it well. For this recipe, a pound of the cooked nuggets was just about right. The rest of the rehydrated “chicken” went into the refrigerator to use the next day (they can be breaded and fried, just fried, added to soups or stews, etc.). 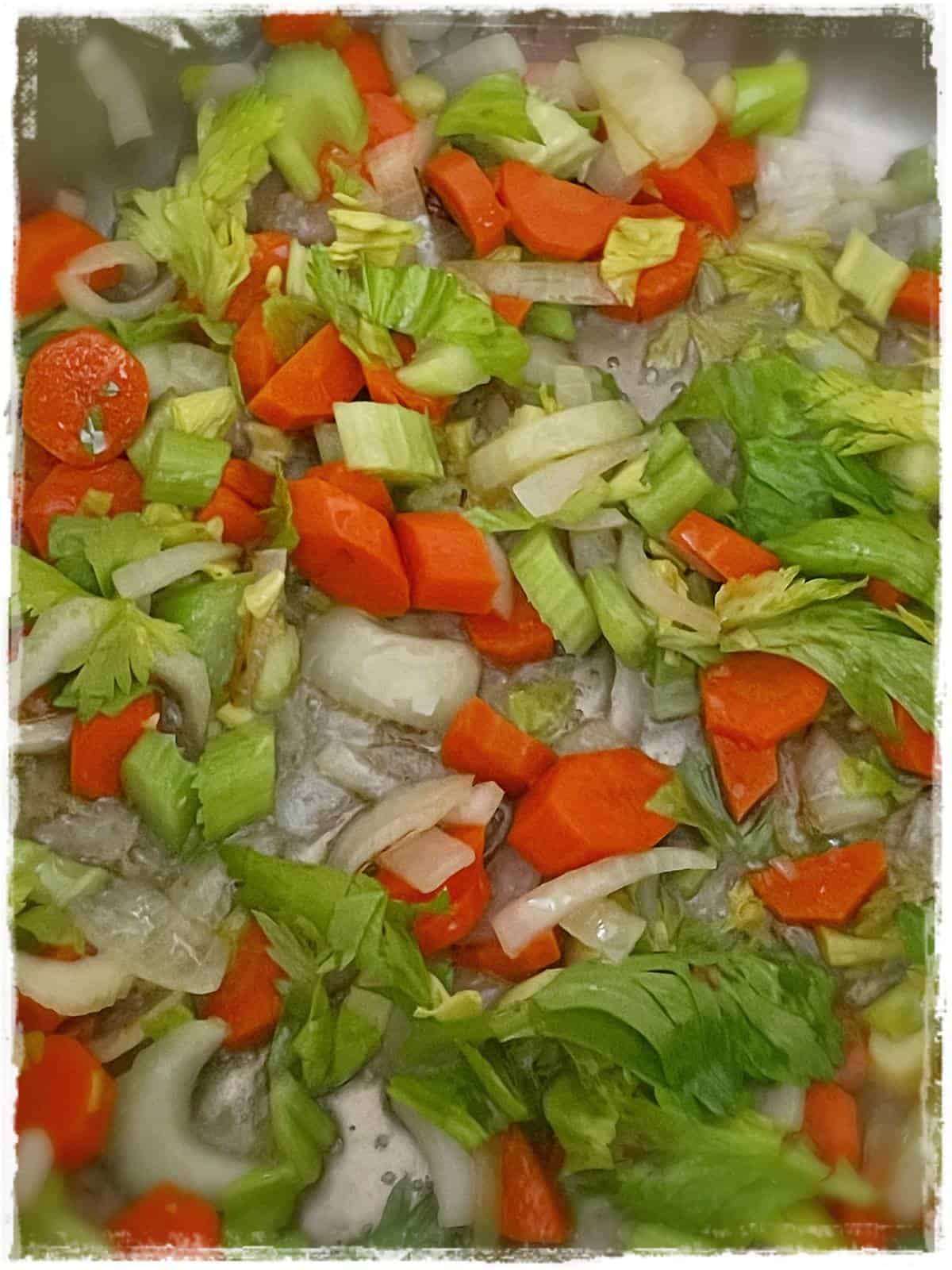 I used chopped onions, celery, and carrots and sauteed them in the large soup pot with some oil until they were tender and starting to brown. If you want to get fancy about it, this is what’s known as a “mirepoix” and is a great way to season and add flavor to just about any soup base.

The French mirepoix is usually 2 parts chopped onion to 1 part each of chopped celery and chopped carrots. It really does add loads of flavor easily and inexpensively. Once this was going, I added the nuggets back into the pot and sauteed them as well. Also, I saved a few sprigs of celery leaves to sprinkle on top of the finished dish. 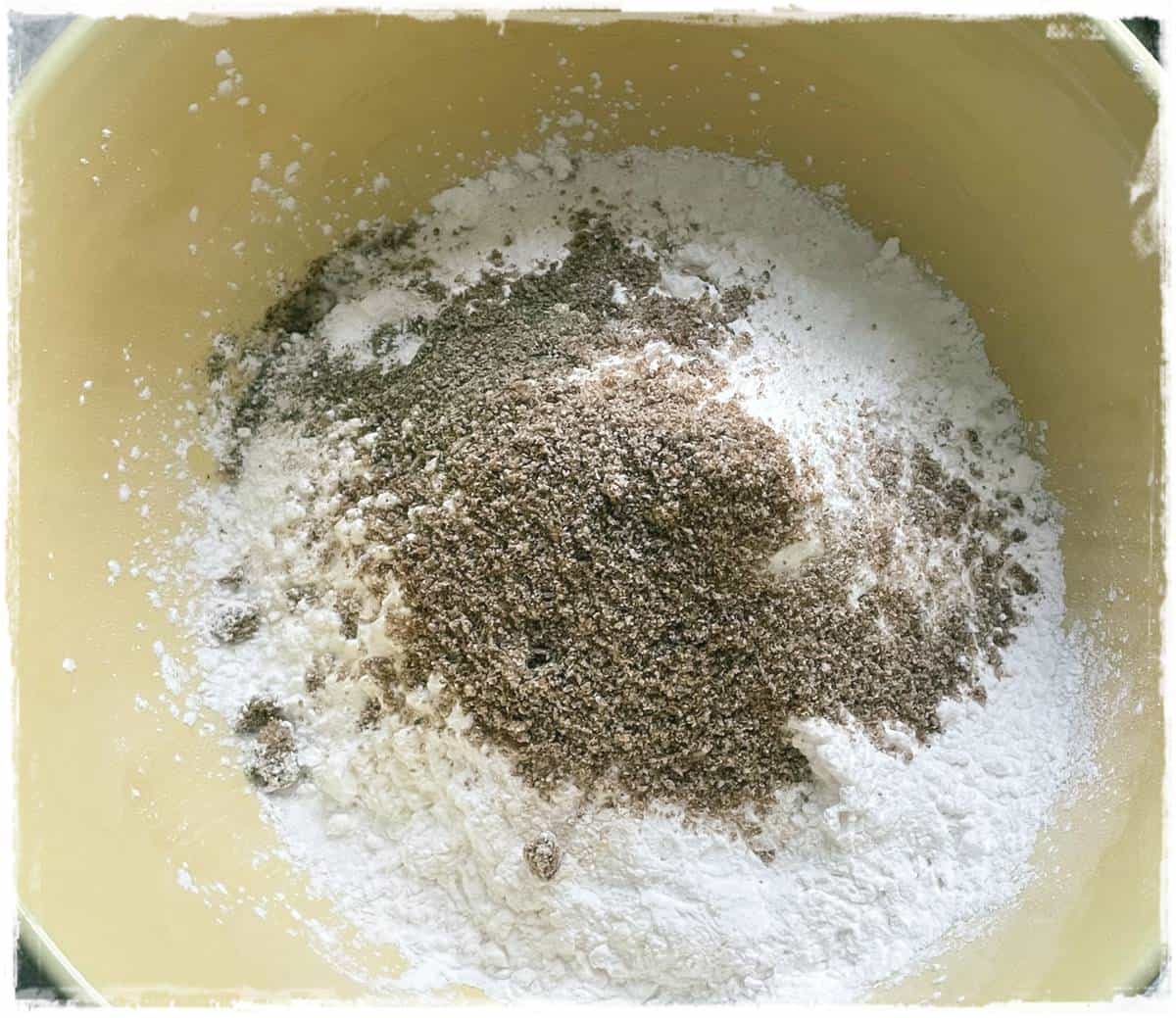 The dumpling dough is like what my grandma used to make. It’s not like a fluffy biscuit, it’s meant to be denser and even slightly chewy once cooked but starts out with a fairly loose dough. It’s simple, though. Just GF flour (or whatever you prefer), some baking powder, salt, pepper, finely ground flax, a little oil, and some plant-based milk. Mix it up really well until completely incorporated. Set aside. It actually works better if it sits for a few minutes before going in the pot.

To the sauteed mirepoix and nuggets add six cups of water or broth. If using water, add a tablespoon of vegetable bouillon paste and stir in. Bring to a rolling boil and add the dumpling dough mixture one tablespoon at a time. The dumplings will sink at first and then pop up to the surface as they cook. Once the last dumpling is added, continue to simmer for about two minutes. Finally, make a slurry of 3 tablespoons of corn starch and a half cup of water. Add that to the pot and simmer until it’s thickened. 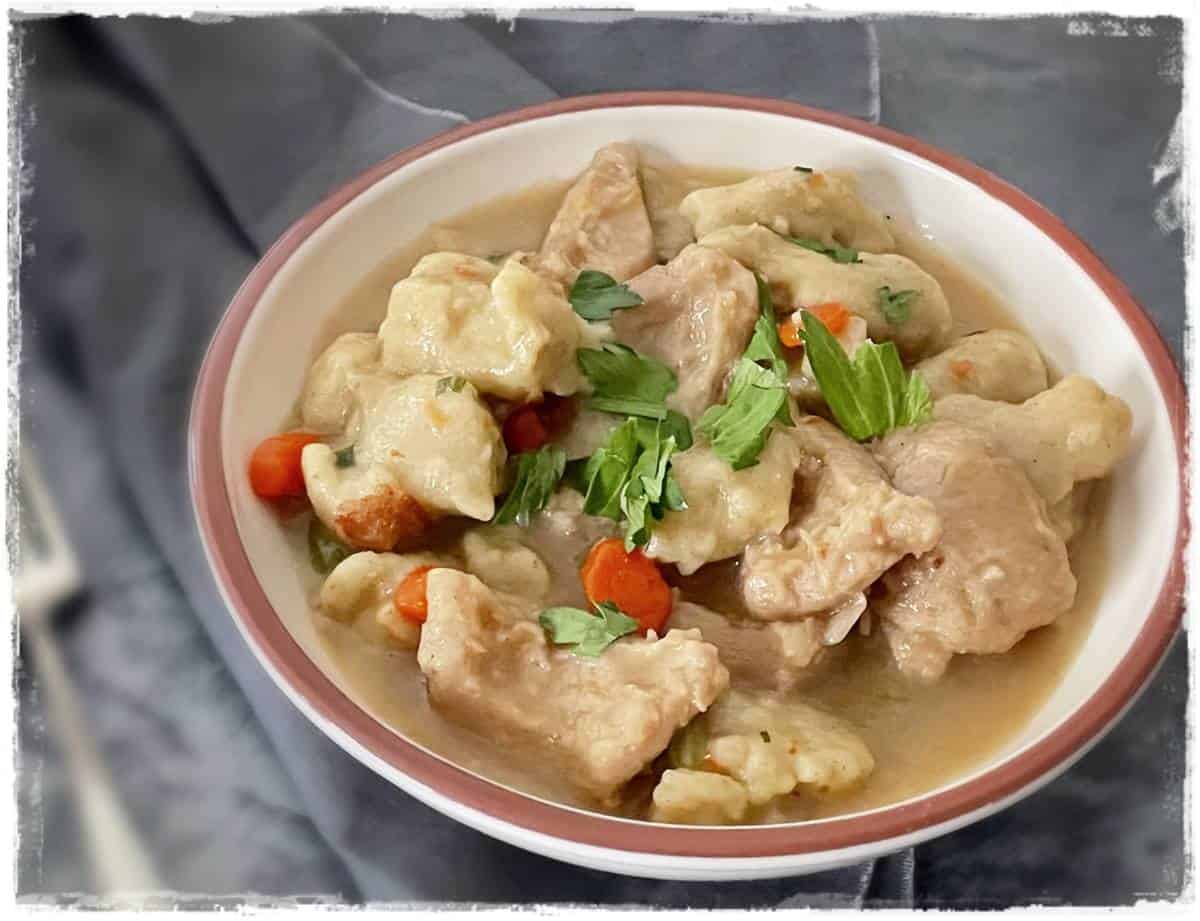 Here’s the recipe! It uses just one pot! 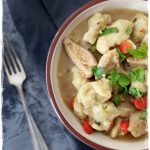 Vegan Chicken and Dumplings like my Grandma used to make ... except plant-based and gluten-free! Fluffy clouds of dumplings, a thick and flavorful gravy, and chunks of delicious vegan chicken! I used Nature's PRIME Nuggets from Improved Nature! 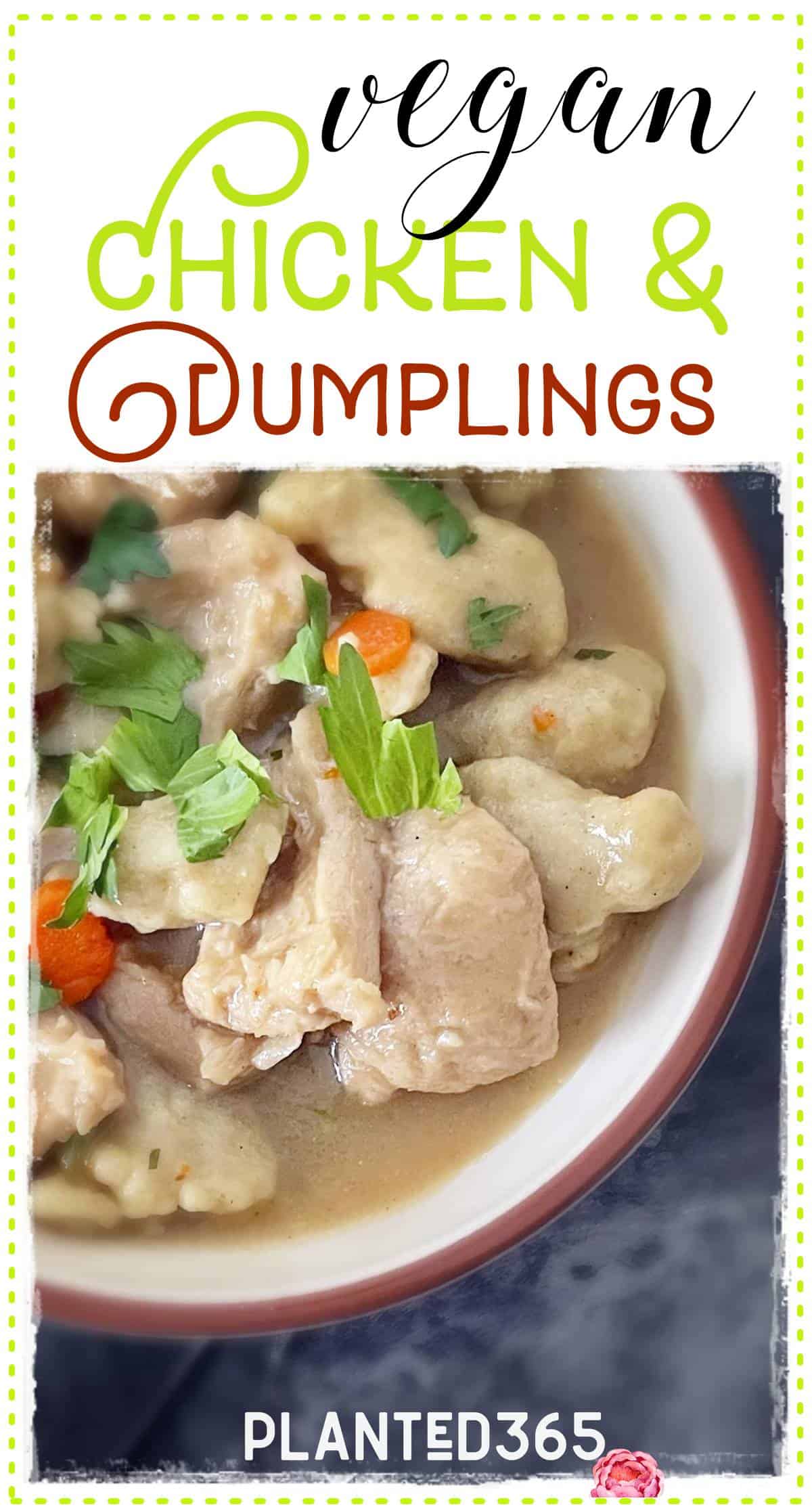 Try some sides and desserts with this! 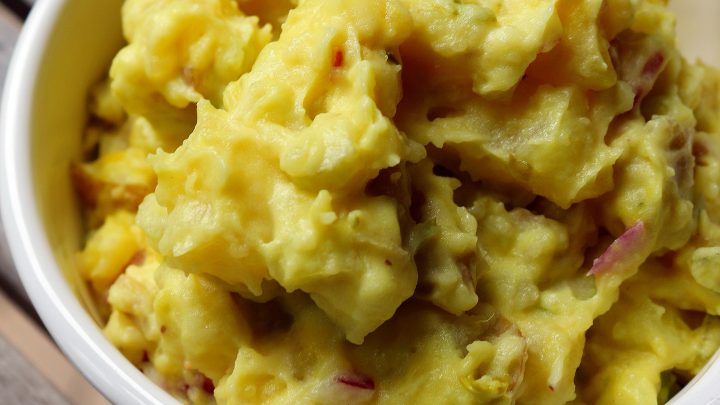 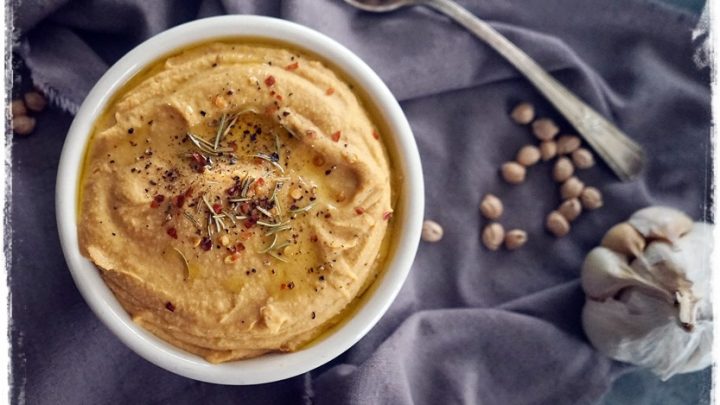 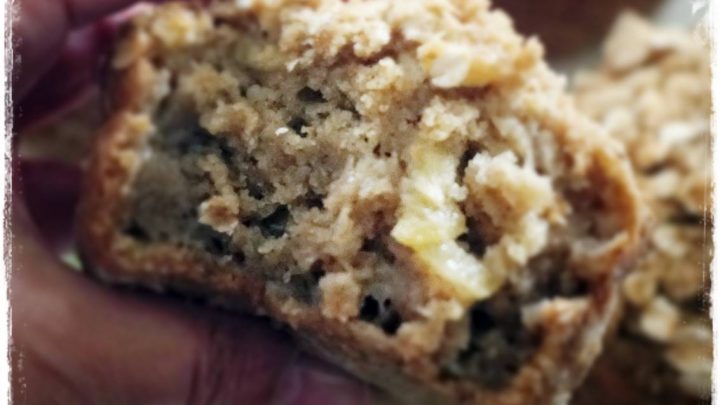 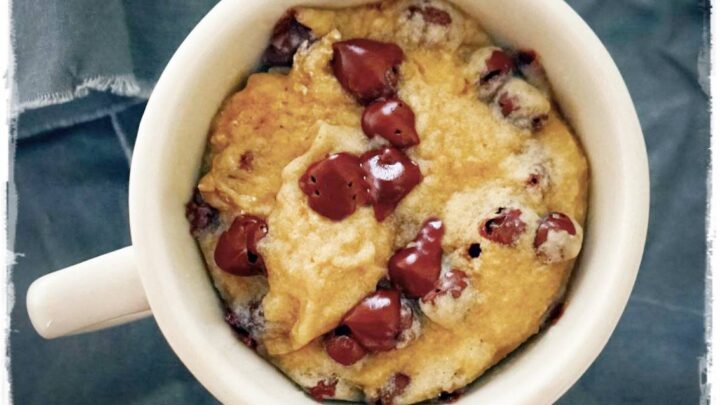 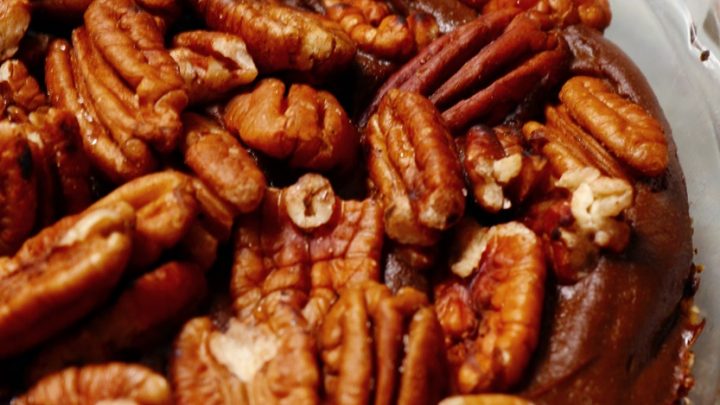 I’m wondering if you can reserve the rehydrating liquid to add back in for the gravy or does it have to be discarded?

I didn’t, but I don’t see why not. If you try it that way, please let me know how it turns out!

I was also thinking Soy curls. Sounds similar. Do you have to order these?

Hi Joyce, yeah they may be similar to soy curls. They come in all sorts of shapes and sizes including a large filet. Yes, you can order them on the Improved Nature website. This sampler is my personal fave … https://improvednaturedirect.com/products/variety-pack-best-sellers-slices-shreds-nuggets-filets The price isn’t bad, either.

Are these Nature’s Prime Nuggets and their other prodcts similar to the dehydrated soycurls? BTW – thank you for all you share.

Hi Iris, to be honest, I haven’t tried soy curls yet … but these are probably similar. I really like the Improved Nature product and have a million ideas for recipes with it. TY for your comment & you’re welcome.