This easy vegan onion mushroom gravy is simple to make, uses one pot, and takes less than 20 minutes to make. 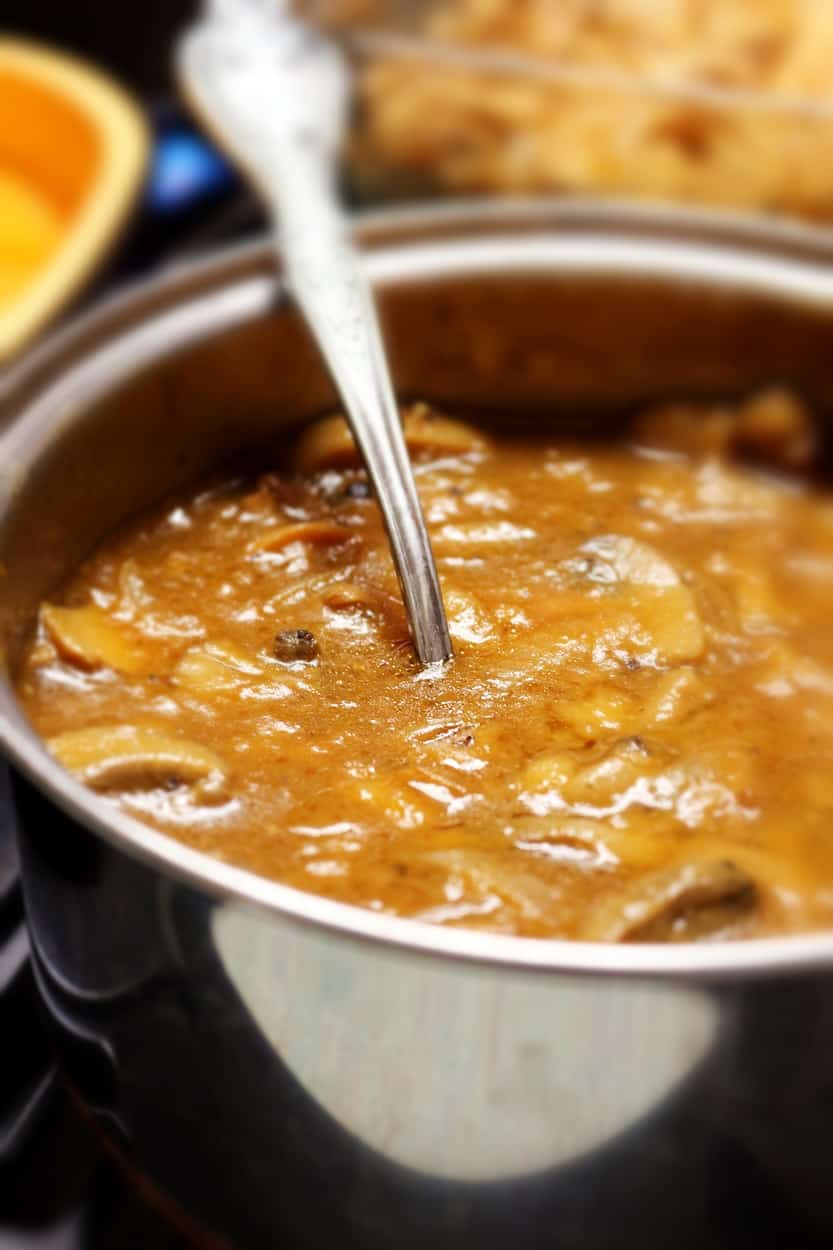 I’ve never been accused of being organized. There’s always something. But, in the end, it always works out. I’d made the vegan roast, and the rice stuffing with yummy fruit, and the chocolate sweet potato pie was chilling in the fridge. Oh no. No gravy! With about 20 minutes to spare, I threw this gravy together with what we had on hand. It was delicious and perfect with the best mashed potatoes, ever.

Mmm, sweetly savory caramelized onions. They add so much flavor to this. I used a mix of red and white onions because that’s what I had and I liked the mix of the two. 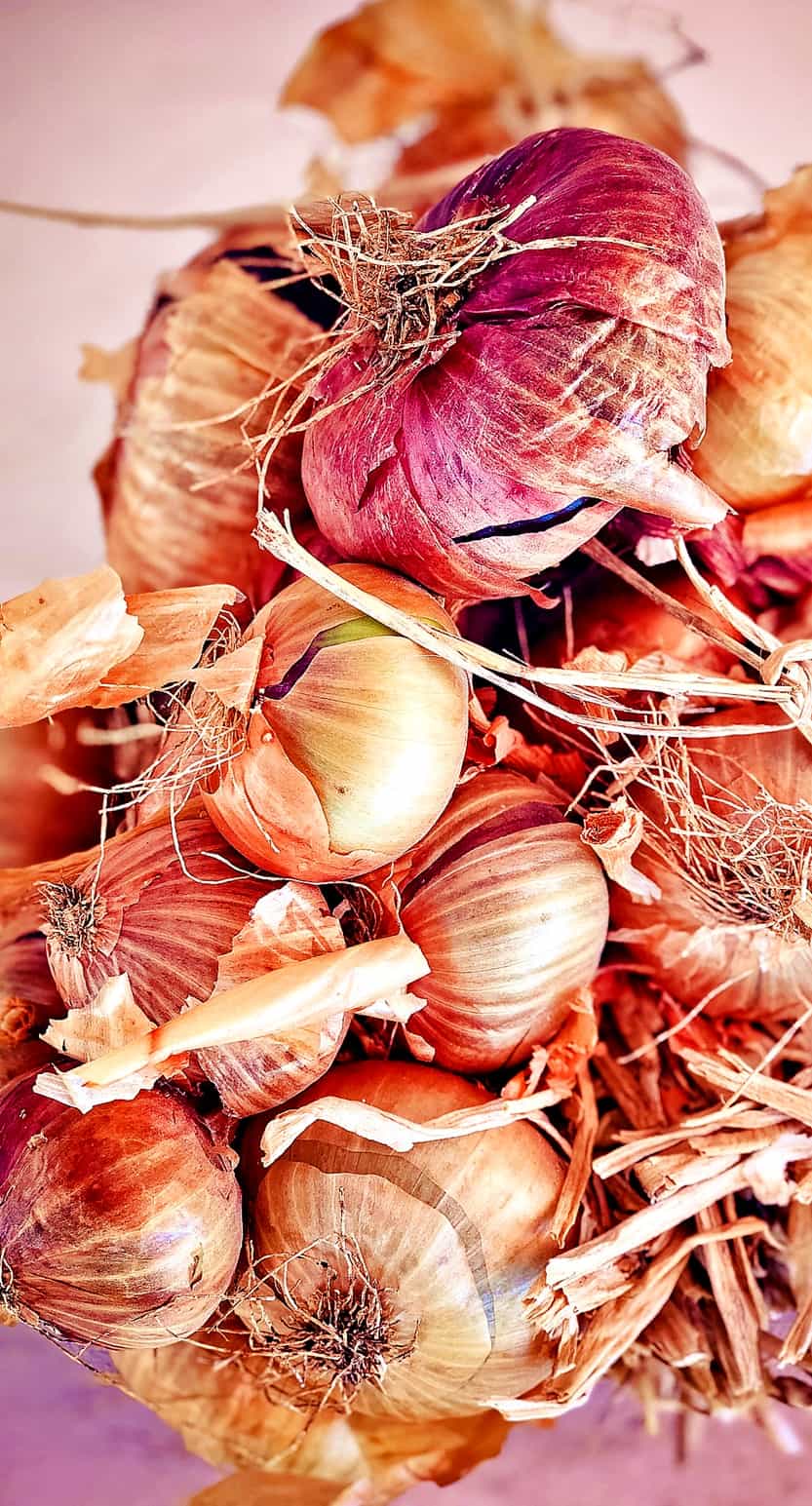 To carmelized the onions for this recipe, you need a little oil and a bit of patience. I was in a hurry, so rushed this process a bit, but take it as slow as you can. Also, I add the mushrooms halfway through.

Start with 2 large onions, thinly sliced. Add two tablespoons oil to a large saucepan and heat it to sizzling. Add the onions a handful at a time, sauteing each addition until wilted and translucent. This will take just a minute or two. Put in a large pinch of salt.

Reduce the heat to medium-low and gently saute for 10 to 20 minutes, stirring frequently to prevent sticking. They’ll be golden and translucent and have lost most of their shape by the time they’re finished.  But oh are they tasty!

*If adding shallots, which I did, add them halfway through as they’re less sturdy than their onion cousins.

What the hell are shallots? I like to think of them as pretty, smaller onions. They’re related to the rest of the Allium family but are just a little more attractive and delicately delicious. 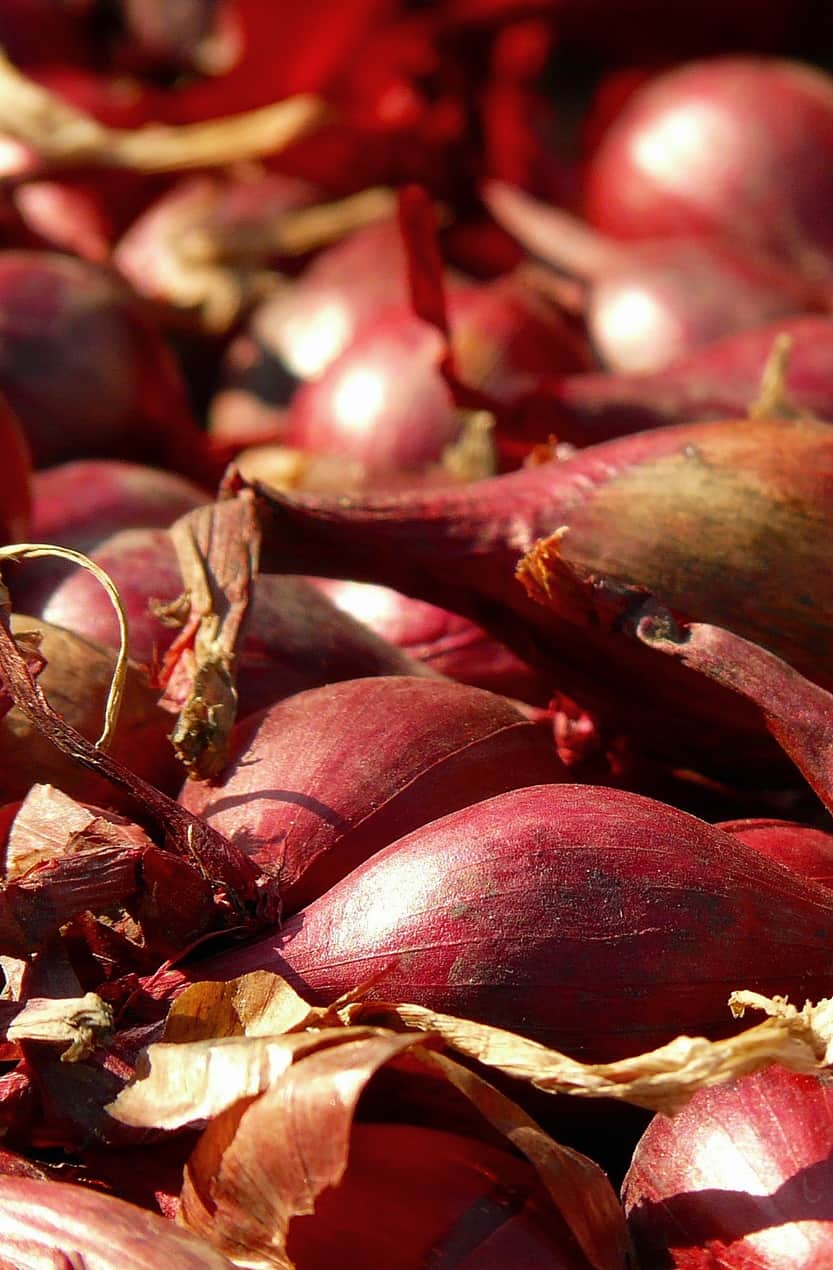 Seriously. They’re like an onion, but just a bit less overpowering, not quite as abrasive. Gentler. They also have a slight garlic undertone that’s lovely.

Add them if you have them. But don’t sweat it if you don’t.

Baby portobellas are delicious, but white button mushrooms are equally so and will go just as well here. 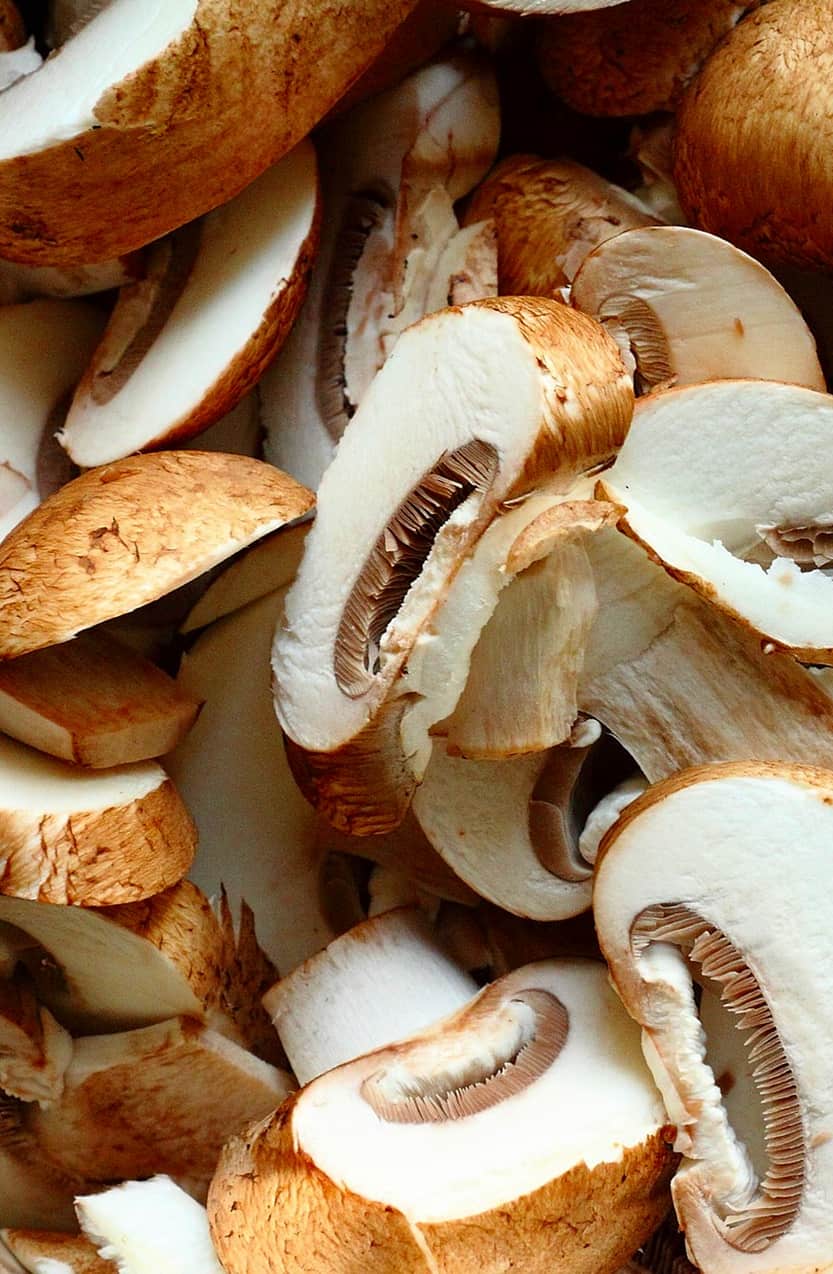 Only have canned mushrooms? Those are also good for this gravy. I cannot lie. I used a can of mushrooms that my boyfriend’s mom had left over from making the vegan green bean casserole. I’m not too proud. Baby portabellas would have been lovely, though!

Cornstarch or flour are the most common ingredients used to thicken gravy. Cornstarch will make a more translucent gravy while flour will leave it more white and opaque. I used cornstarch here.

One crucial element of making lump-free gravy with cornstarch as a thickener is to dissolve it completely in cold water before adding it to the pot.

Vegetable broth mostly comes in two flavors … a yellow one that’s like “chicken” and a brown one that’s more like “beef.” I’ve used the brown one here because it has a mushroom base and really went well with this.

Broths can usually be found in shelf-stable boxes in the soups aisle.

Onion mushroom vegan gravy. Easy to make in less than 20 minutes in one pot with commonly available ingredients. Onions, shallots, and mushrooms. Oh my!