This super easy vegan sour cream is delectably smooth and creamy, a little bit salty, and just sour enough to act as a stand-in for any “real” sour cream. 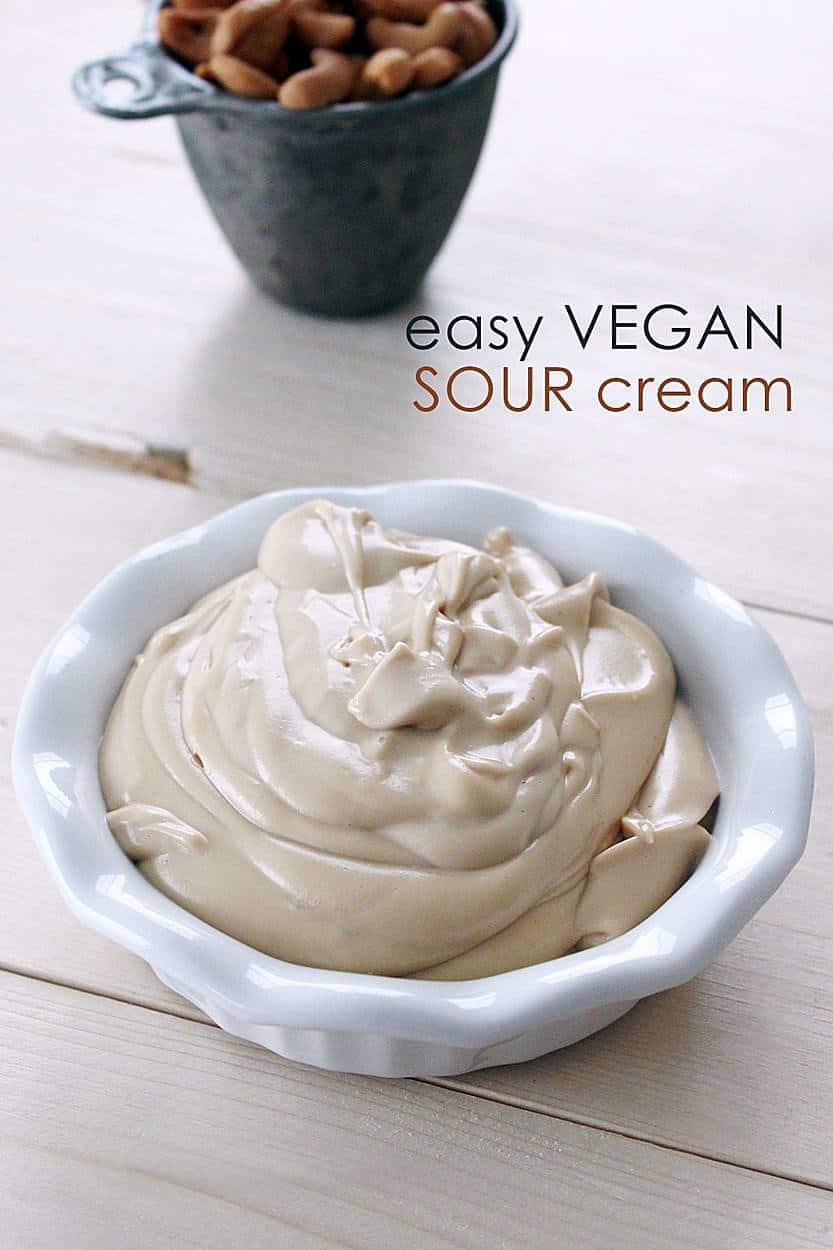 So easy to make, too. You can whip a batch up in just a minute or two. Use it in any recipe calling for sour cream, like my Best Vegan Cheeseburger Dip recipe, for dips, sauces, or just one its own. I also use it in raw recipes, like this Raw Taco Salad. 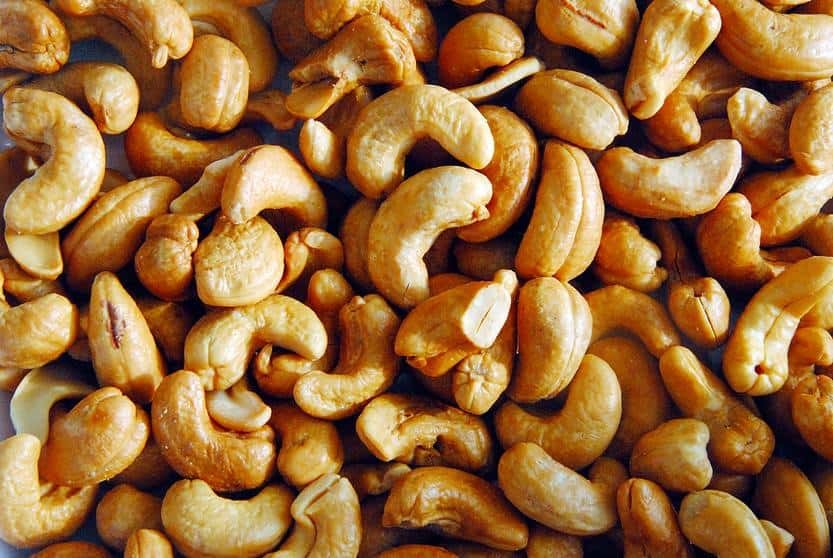 Cashews work best because they’re so creamy when blended, but macadamias would work great, too, as would almonds. 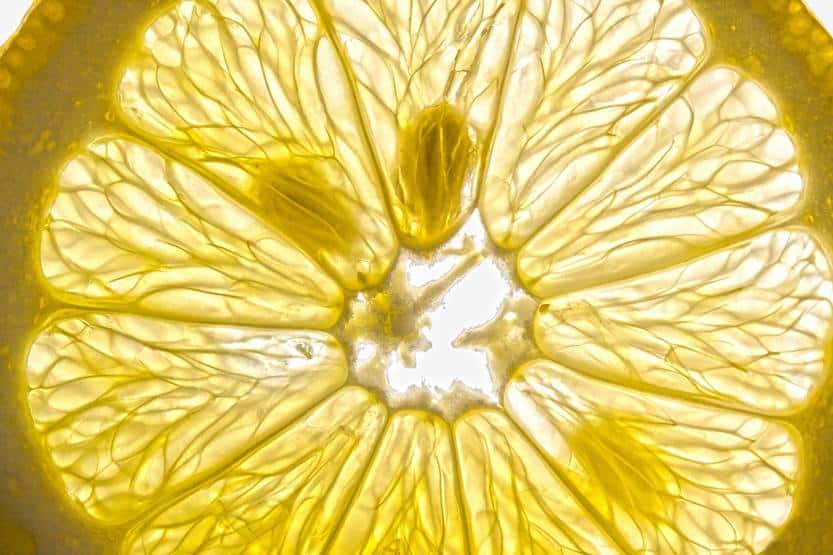 Just a bit of lemon juice and salt and you have all the elements that make up sour cream … fat, salt, and sour. It’s not an identical match by any means. It’s not going to fool anyone, but it gets the job done. 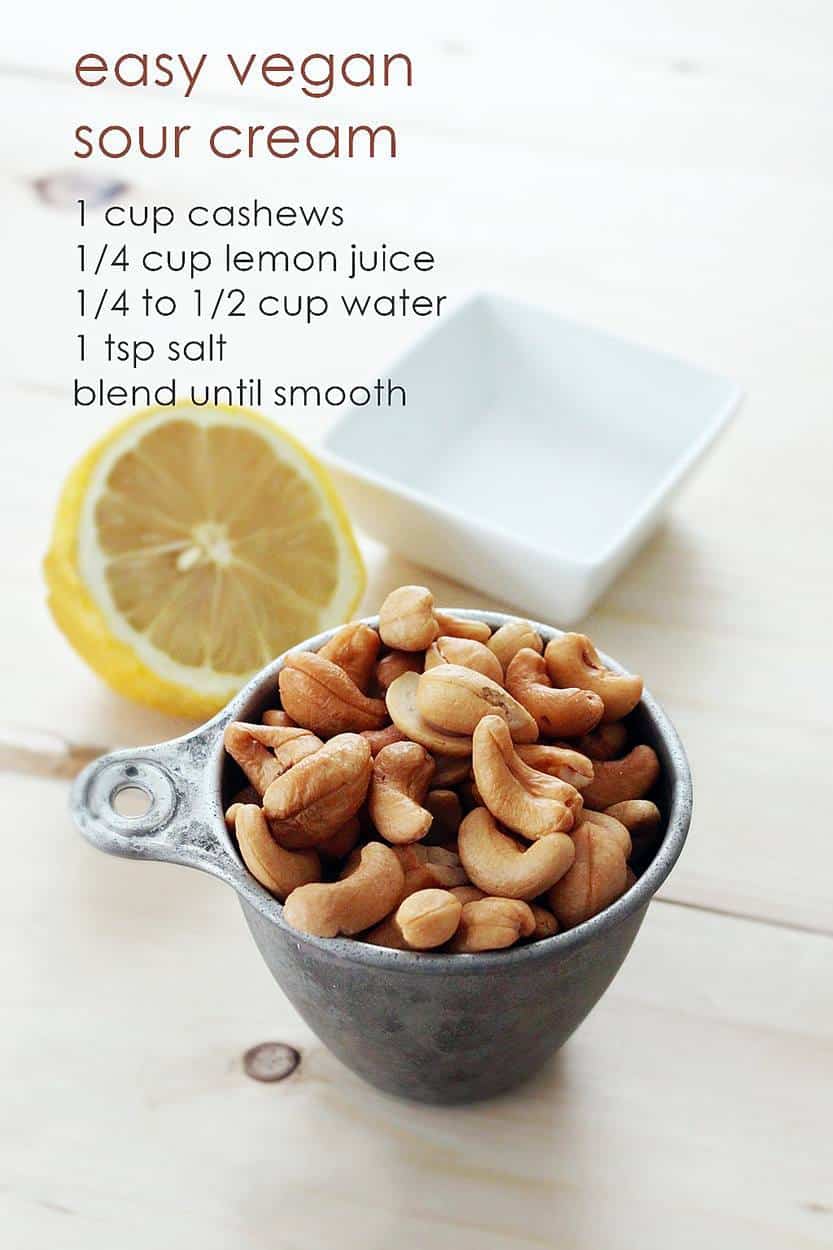 Just store in the fridge in an air-tight container for up to three days. 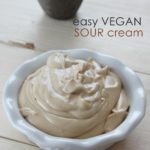 And that’s it. As simple as that!

Try this vegan sour cream in … 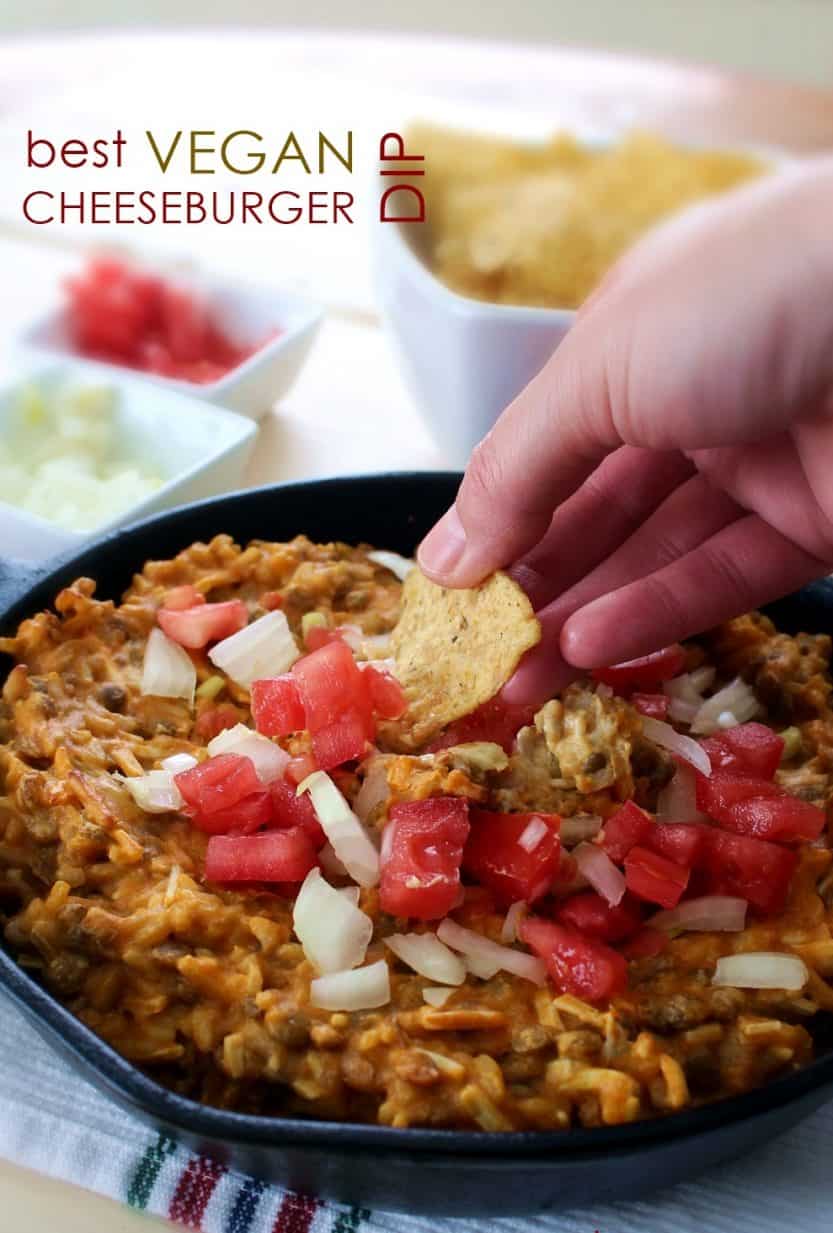 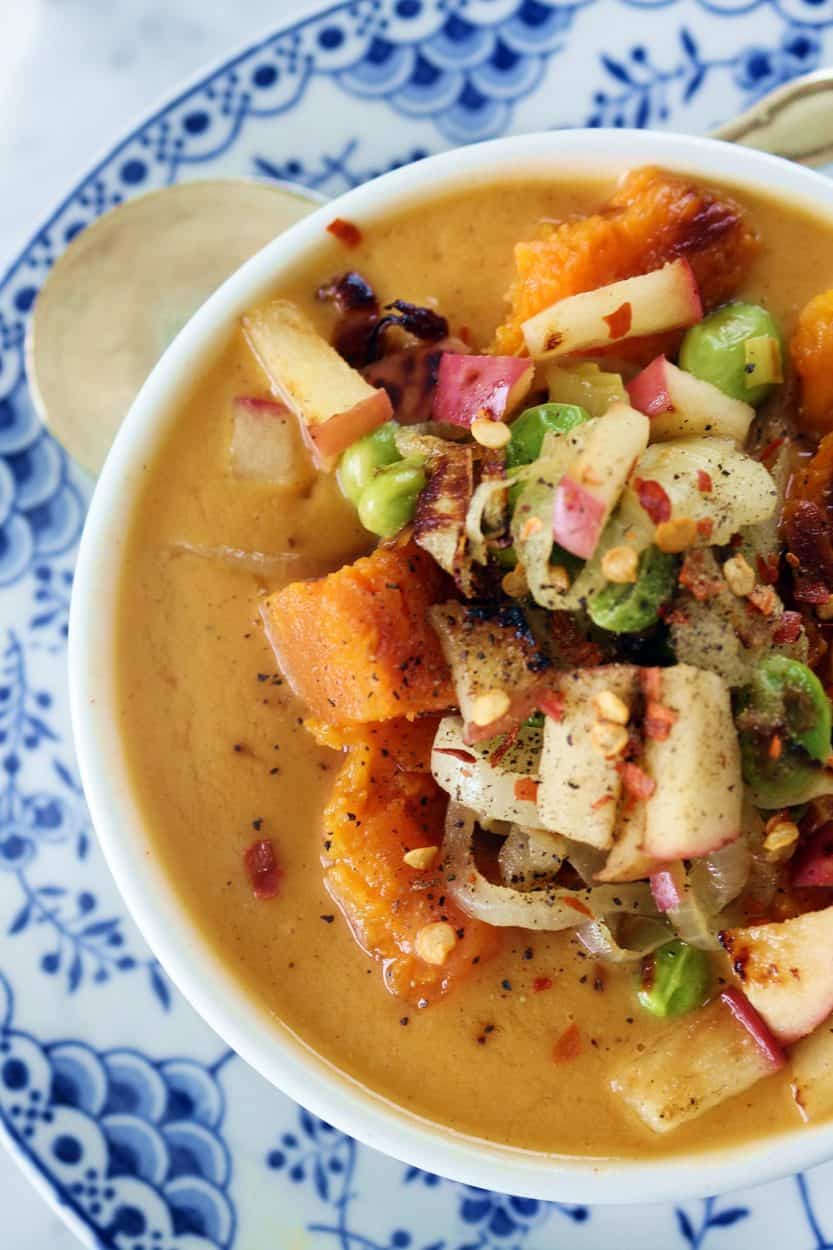 This vegan fried chicken isn’t fried and it’s not chicken. It’s a lot like the southern style version, though. It even reminds me of Kentucky Fried Chicken (what I can remember of it, anyway). Whatever. It’s delicious. It’s also nearly fat-free, totally vegan and plant-based, and is actually good for you. 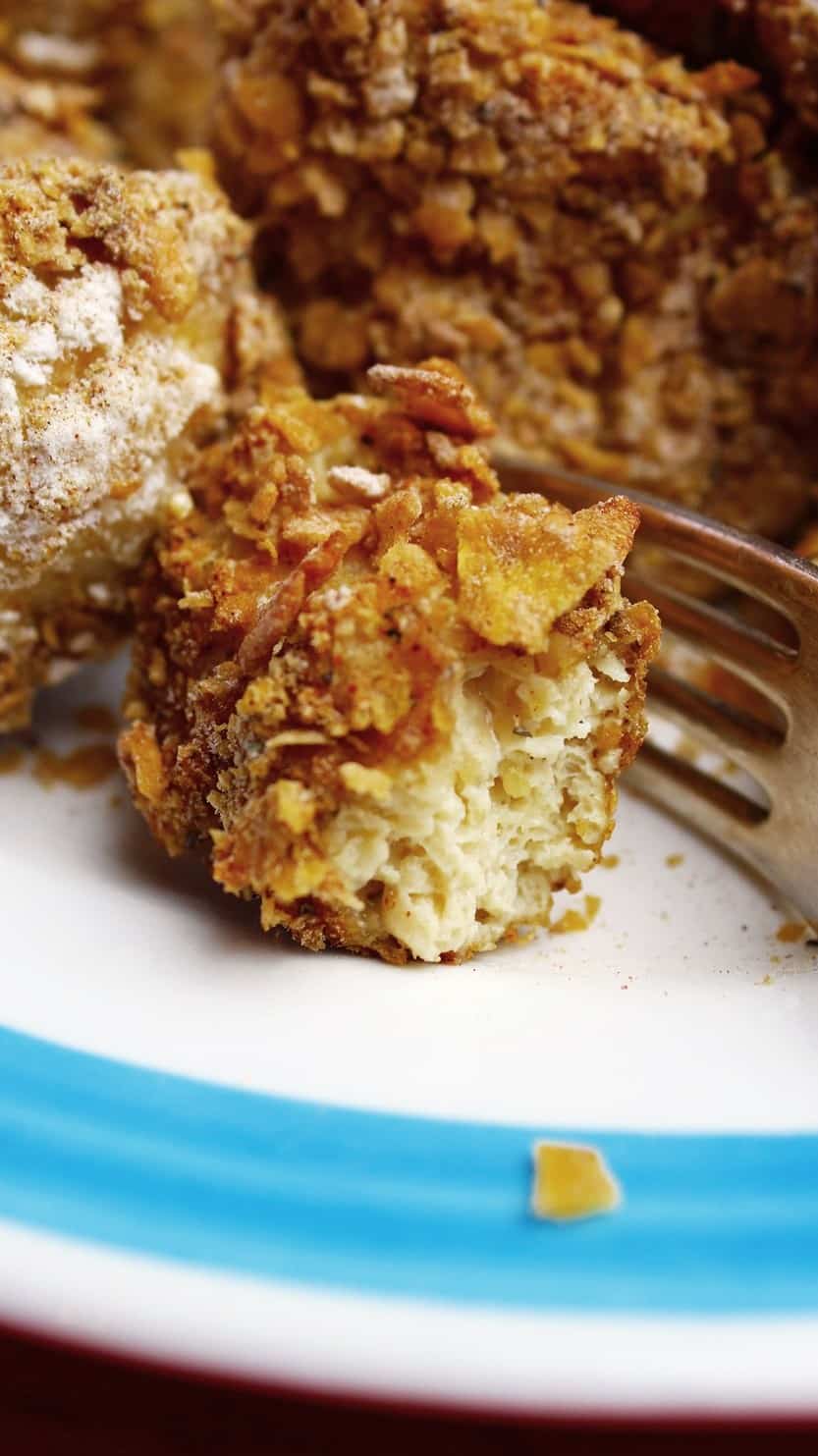 Drizzle it on these …

These all vegan fried chicken tacos were absolutely delicious! That’s not entirely true. They’re not fried. They’re not really chicken either. But they are 100% honestly so freakin’ good. And easy to make, too. 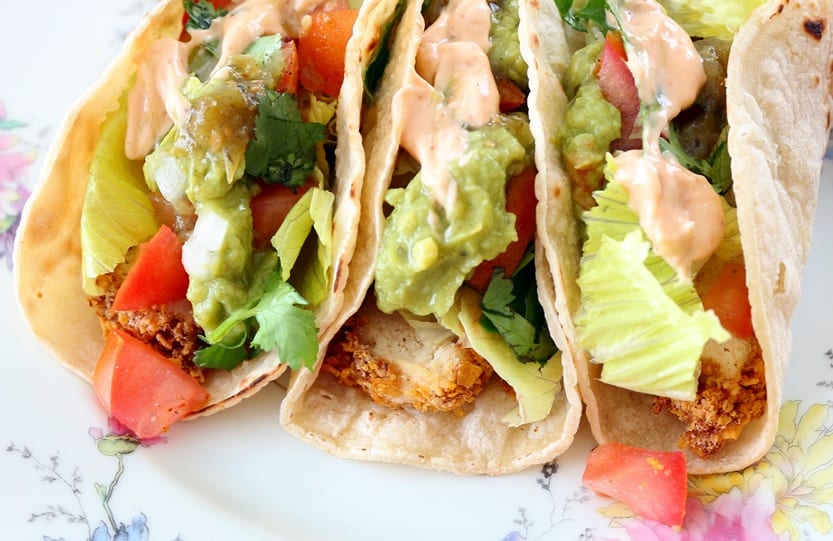 I love cashew cream!! Seriously i’ll put it on anything…..

Random feedback:
On the homepage of your website the title of the blog post is black, but then the text is a light grey which is really difficult to see or read from a smartphone…! Even just a darker shade of grey would help. The text of the post itself is fine once on that page, it’s just from the homepage that it’s so light

Thanks for the feedback!