Can You Bake with Just Egg?

Have you ever wondered if you can use Just Egg the plant-based egg substitute in your baking? Well, the answer is yes. Just Egg works fantastically in baked goods of all kinds. 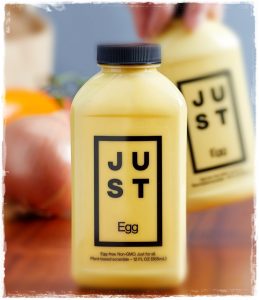 Baking with Just Egg is Easy!

Baking with Just Egg is incredibly easy. I use Just Egg liquid for vegan cookies and cakes, plant-based muffins, and even a lot of gluten-free breads. It works by adding both fat and structure which is what actual eggs are used for in baking.

Just Egg is so versatile. It can be substituted in baking when regular eggs are called for with just a few notable exceptions. One is popovers, which, at least so far in my experience, require more lift than Just Egg can provide.

Did you know Just Egg can also be microwaved?!

Yes! You Can Bake with Just Egg! Here’s How!

What’s so great about using Just Egg in baking is, in many cases, it’s just a matter of simple substitution … The general rule of thumb is that about three tablespoons of Just Egg are equivalent to one large-ish egg. What I’ve found works really well in most recipes is that for each large egg called for in a recipe to simply use 1/4 cup of Just Egg liquid instead. So easy.

Just Egg Is Like “Real” Eggs Made with Mung Beans

Just Egg products are made primarily with mung beans. Mung beans have a lot of protein as they are in the legume family. Mung beans are also starchy and another ingredient is tapioca, which is also starchy. The combination of the two characteristics makes Just Egg the perfect consistency to use in recipes when creating light and moist baked goods. It also means that Just Egg is fairly healthy. 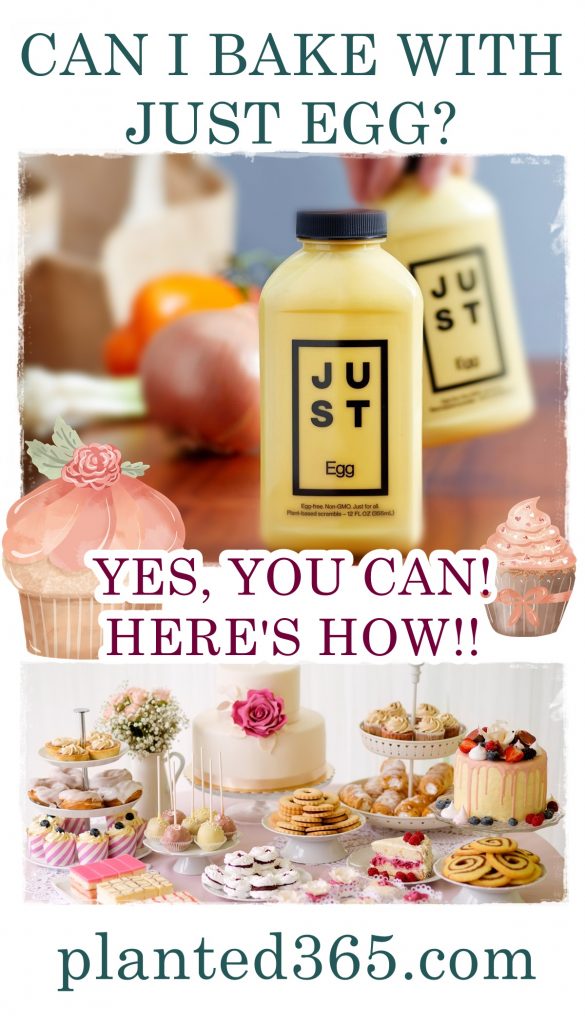 The Perfect Texture for Baking

When cooked, Just Egg has that kind of stretchy and kind of almost rubbery-ish texture of real cooked eggs. It’s actually quite delicious when simply eaten as an egg scramble but the texture also works perfectly to add needed structure to baked goods.

What Else Can I Bake with Just Egg?

Here are a couple of recipes that use Just Egg or where the egg substitute used can be easily switched to Just Egg! I’ll be adding more soon! 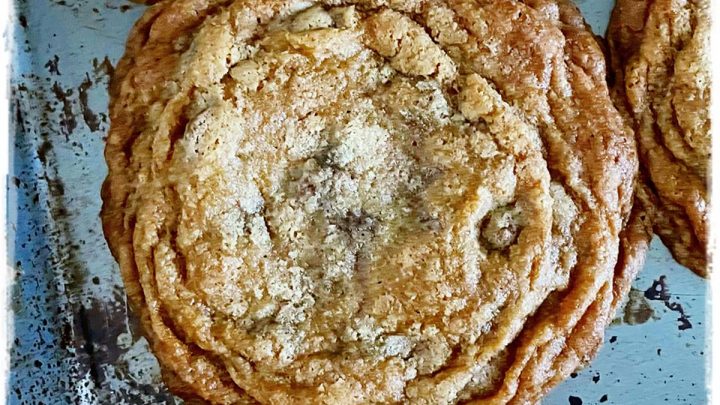 Vegan Tollhouse Cookies are just as delicious as the original! They're a little soft, a little crisp, a little chewy, and totally sweet and chocolatey. These are also just as easy to make as is the original. 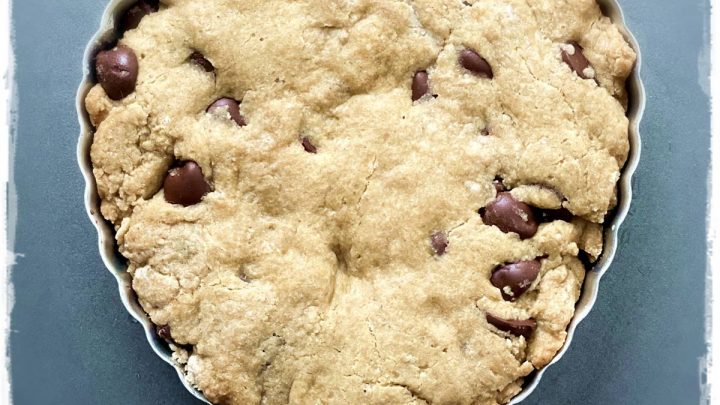