Basic Vegan Bechamel White Sauce is easy to make and can be used in so many ways. It goes great on a white pizza or in pasta dishes or even in scalloped potatoes. And it is perfect on this Vegan Dill Pickle Pizza! 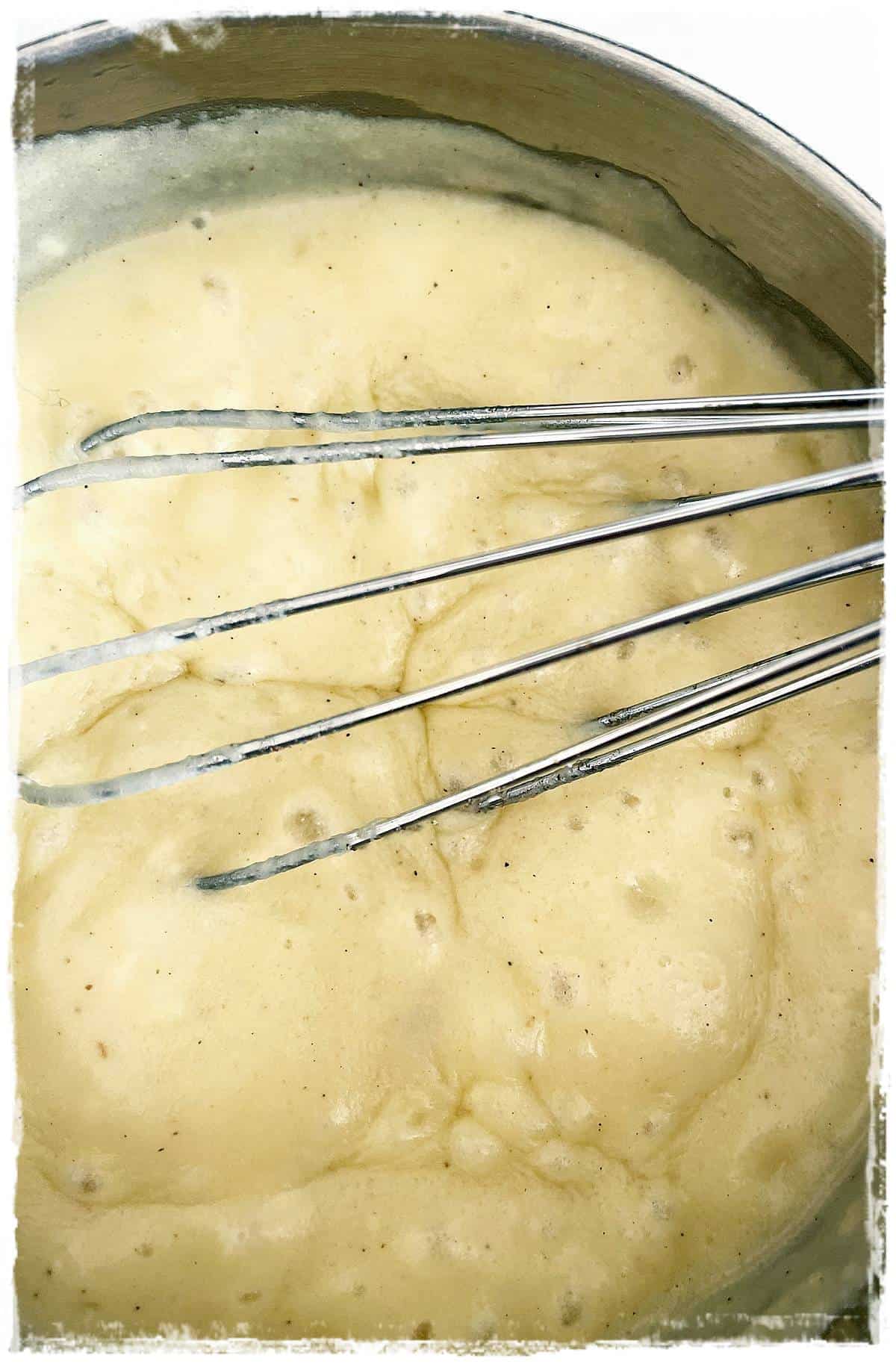 This luscious and versatile sauce has tons of mild but creamy flavor and only takes a few minutes to make.

A Staple That Can Be Made Vegan

Bechamel sauce is a staple in cooking. It’s also commonly called a “white sauce.” It’s a super simple recipe, just four and butter made into a roux with the addition of milk. Unlike the traditional version, though, this one is made with both gluten-free and vegan ingredients. 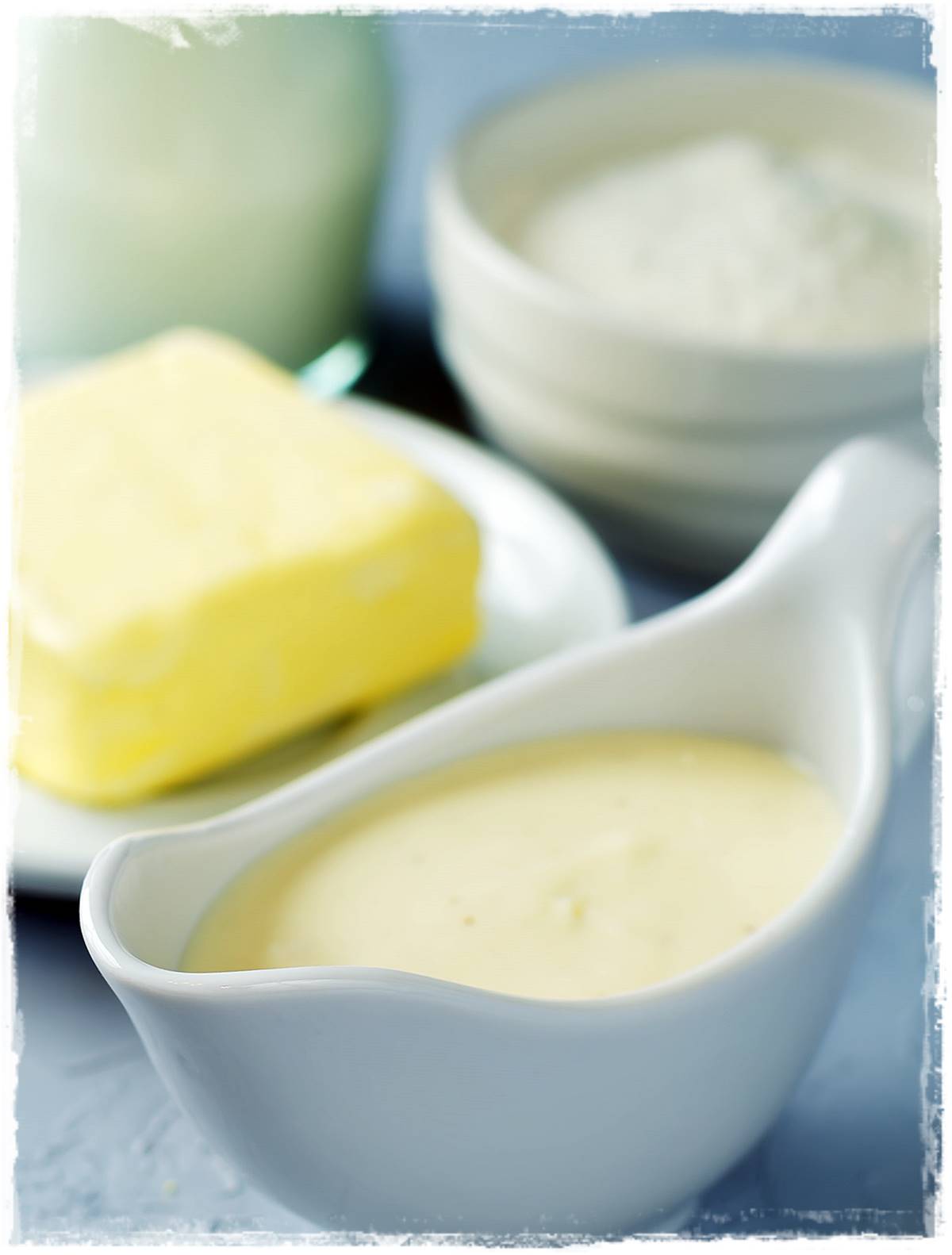 The ingredients are simple … vegan butter and gluten-free flour are cooked over medium heat first. Then heated plant-based milk is whisked in to make a thick and flavorful sauce. Add a little salt and pepper and that’s it. A delicious. silky smooth sauce. 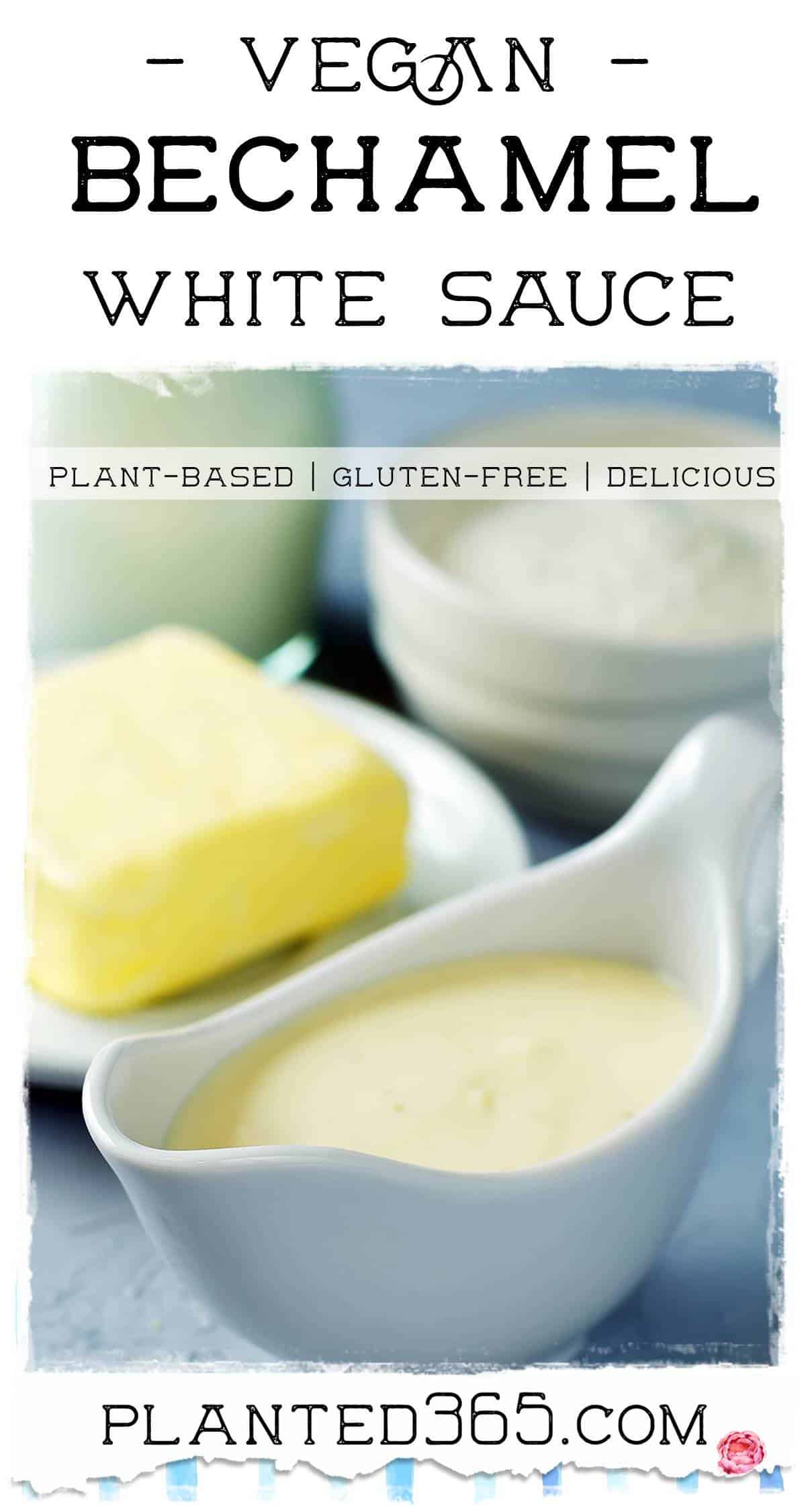 It’s not essential to heat the milk up before adding it, and it does use an extra pan that way, but it does make a smoother and creamier sauce. Without heating the milk, the sauce is still pretty smooth and delicious … it’s your call. Salt and pepper is also a tasty thing and totally up to you. Add more or less salt and pepper depending on your tastes. 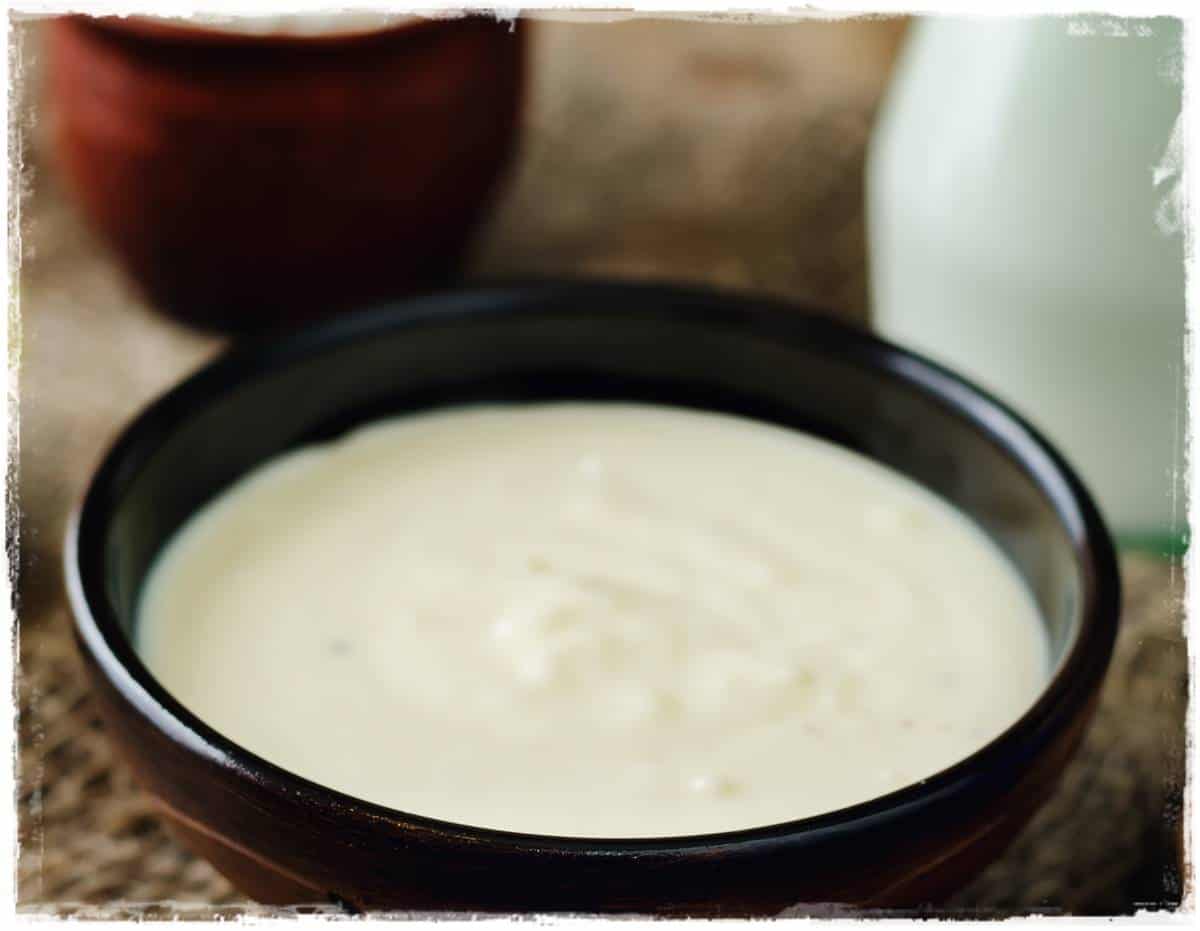 That’s literally all there is to it. A few ingredients and five or 10 minutes. 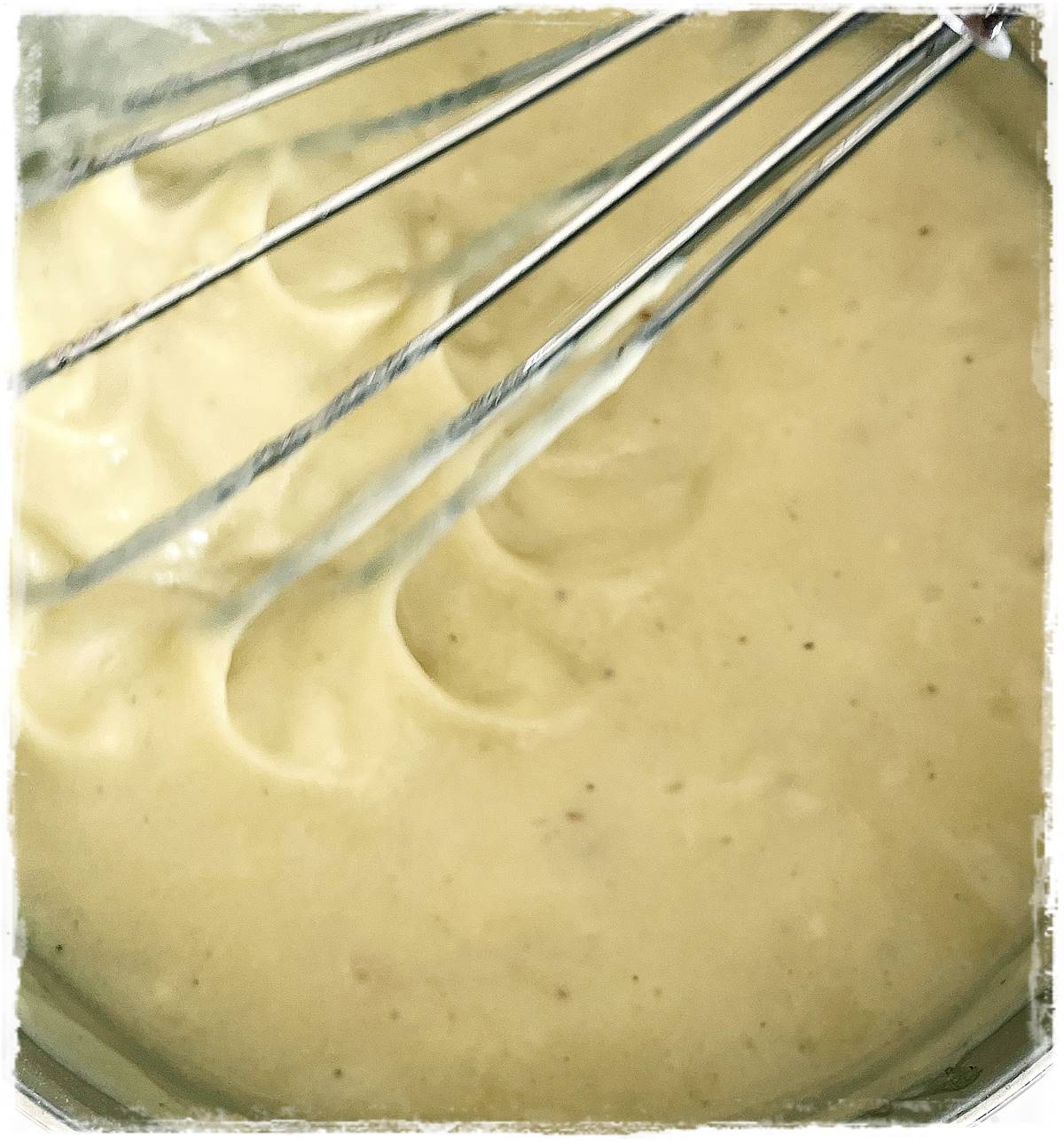 This basic sauce can be dressed up a bit by adding nutritional yeast, shredded vegan cheese, and grated garlic.

Use the finished sauce with a little bit of added nutritional yeast, cheese, and garlic on pizzas for a tasty change of pace. 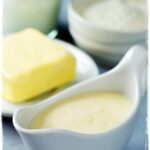 Basic Vegan Bechamel White Sauce is easy to make and can be used in so many ways. It goes great on a white pizza or in pasta dishes or even in scalloped potatoes. 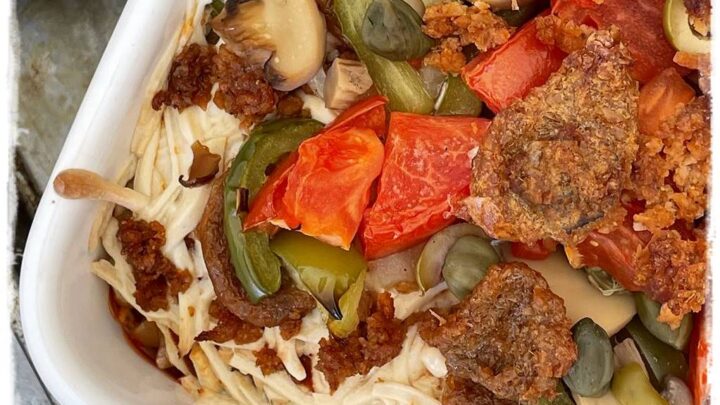 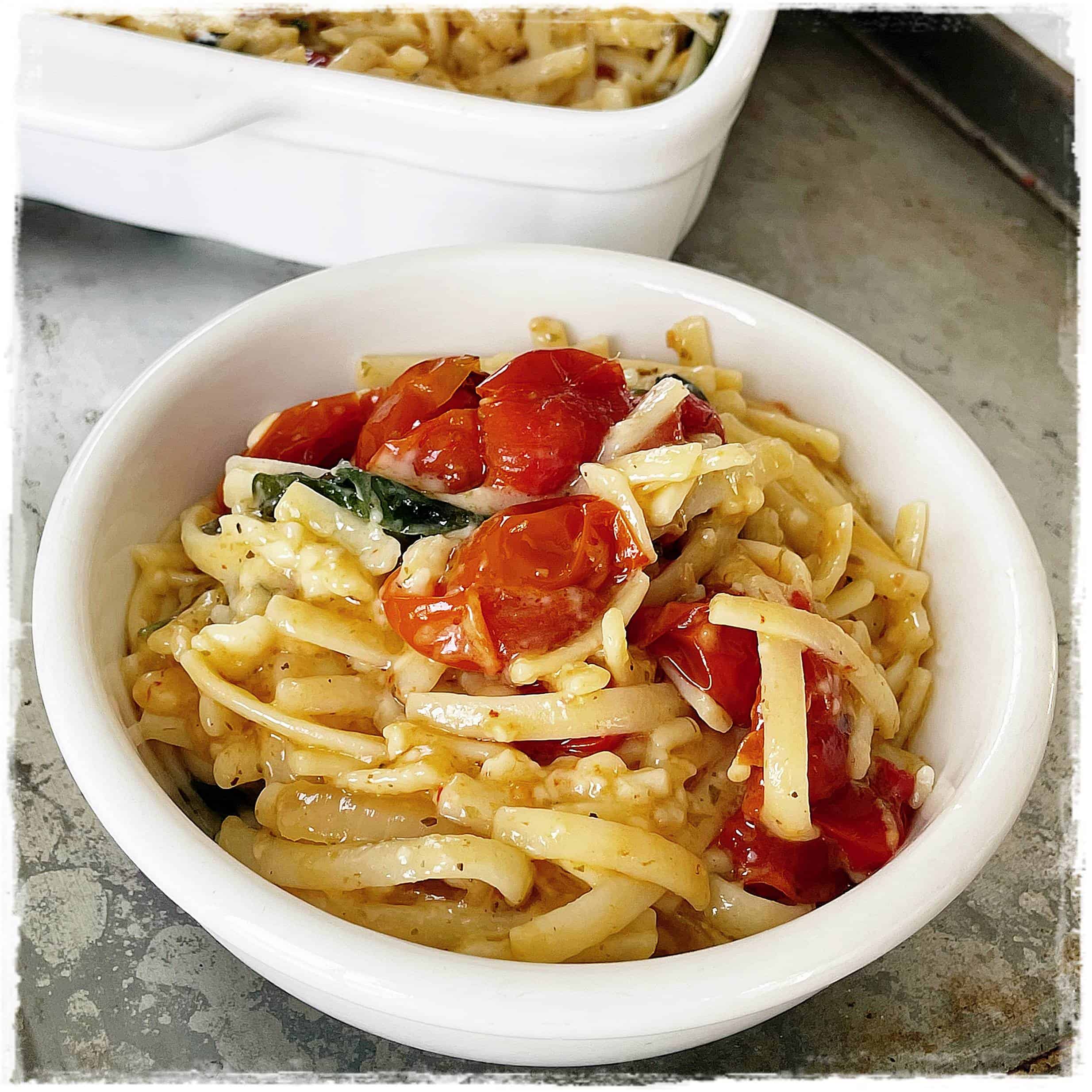 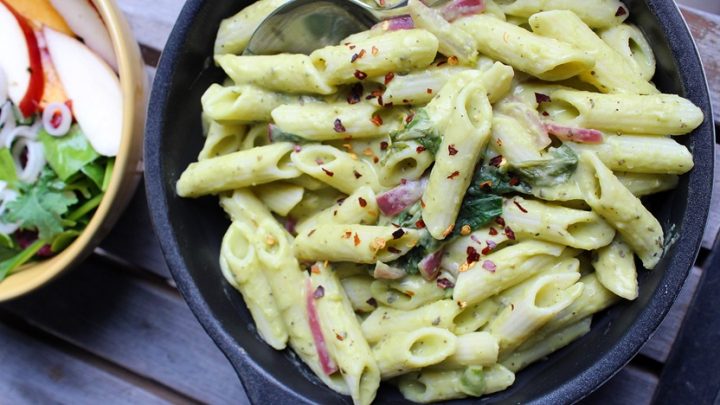