Here’s a long overdue update on our home build. Here’s where we’re at in the process … 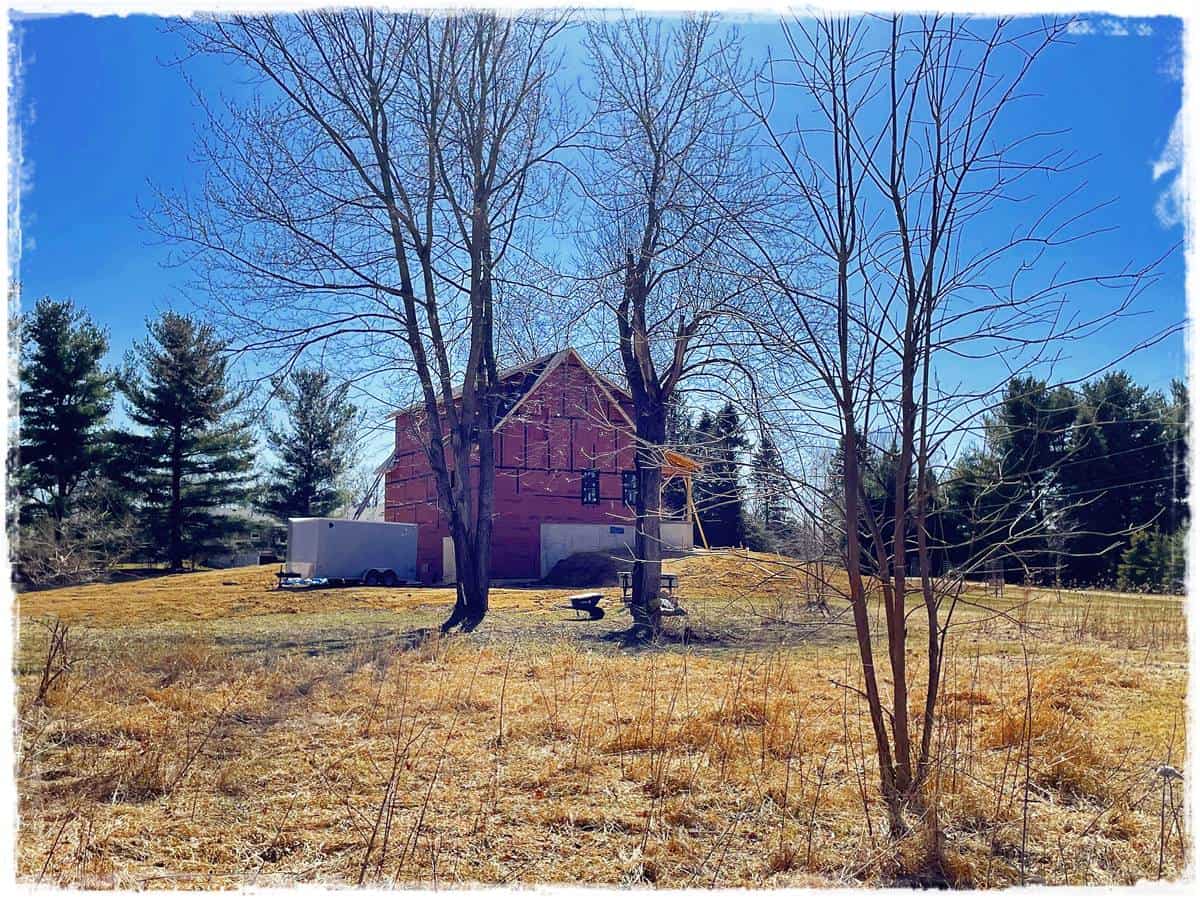 Like most people, our plans in 2020 were delayed quite a bit and we had to adapt. We ended up having to wait four extra months to get our building permits after the local offices shut down. But we got them by mid-summer and got started in August with drilling the well … 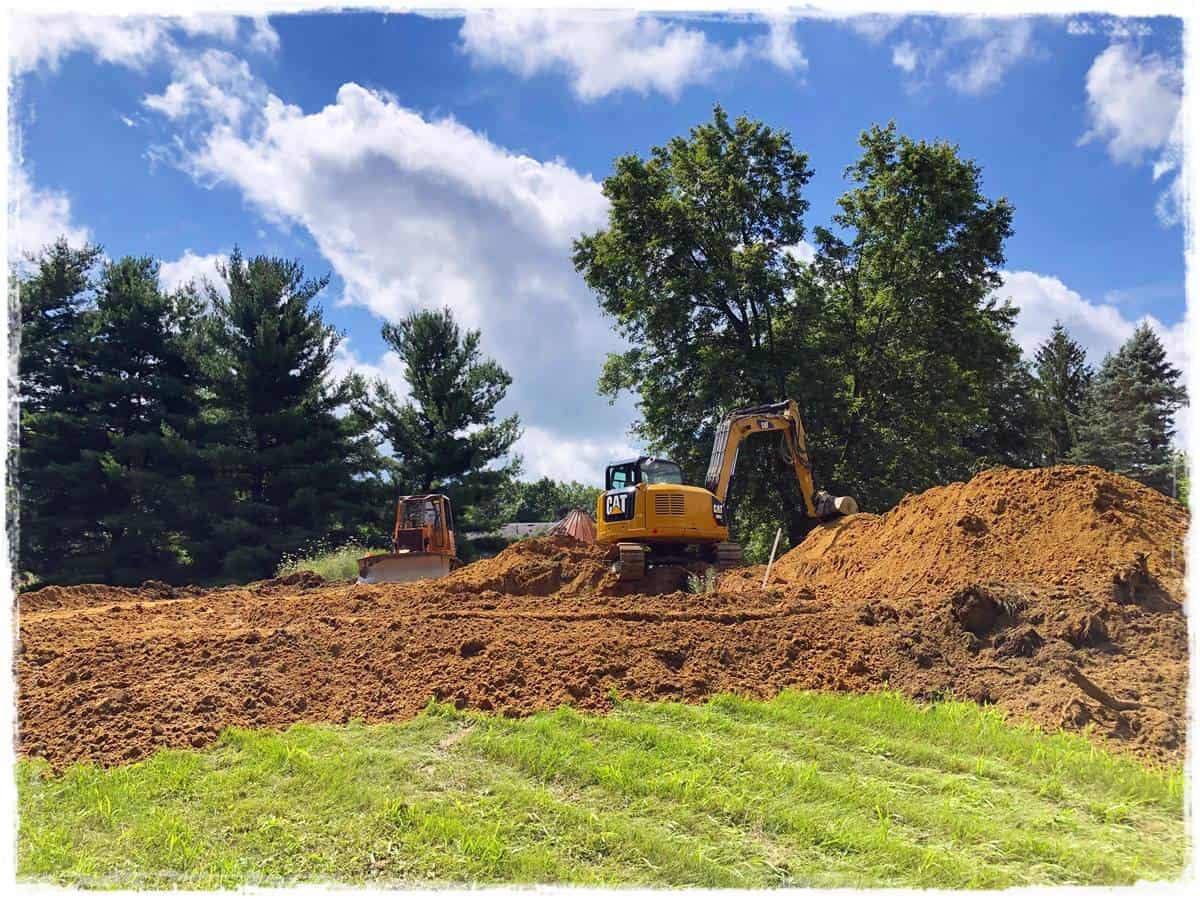 … and doing the excavating. By September, we had a basement! 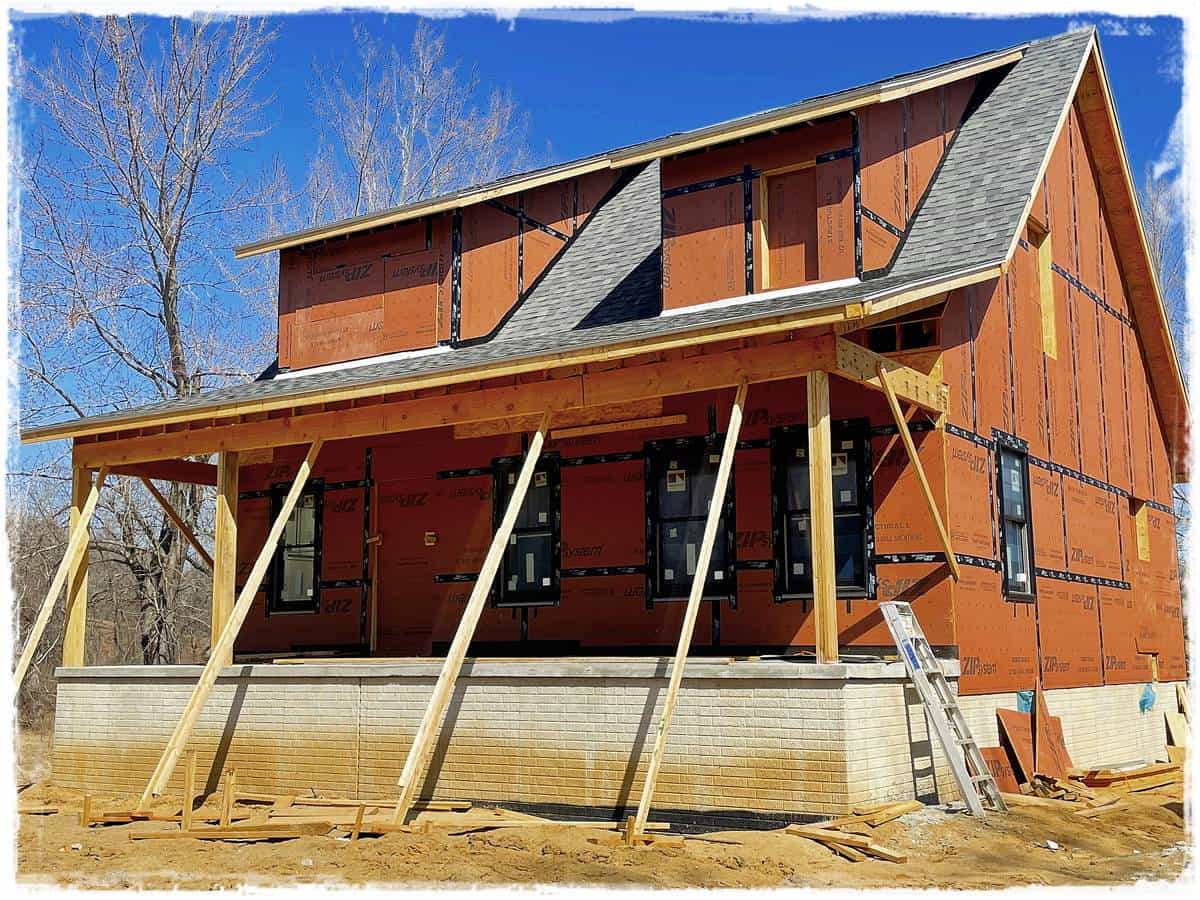 This is a little bit of an awkward stage for our house. The snow had just melted and you can see how muddy it was! But the roof is on and windows are starting to go in. We started with THIS house plan from Nelson Design Group but then made quite a few changes that made the house a bit larger and also increased the height. 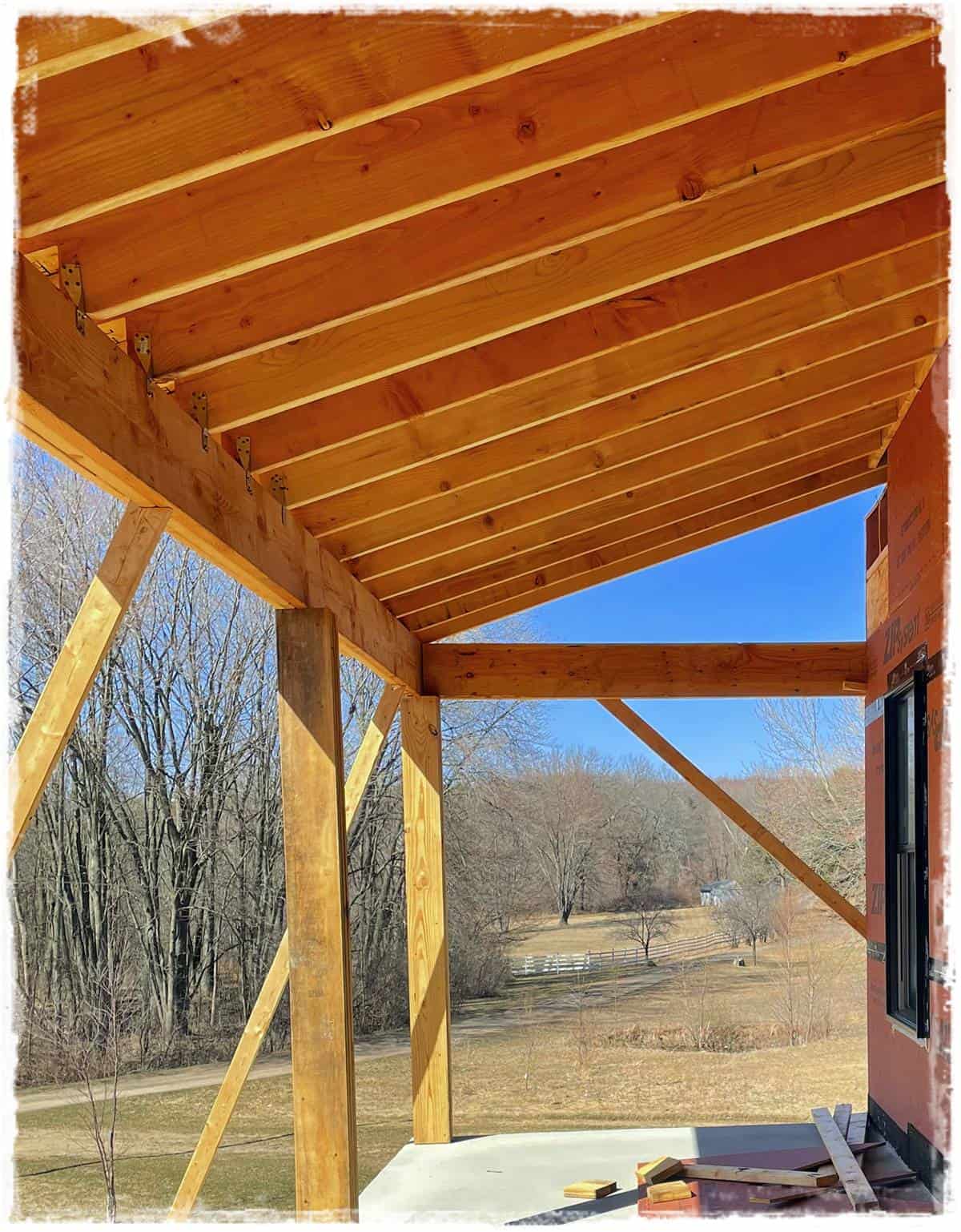 I love the view from the front porch! Something else I love about the porch is we were able to do the concrete slab over that part of the basement (does that make sense) so now we have a giant storage area in what was going to just be wasted space. 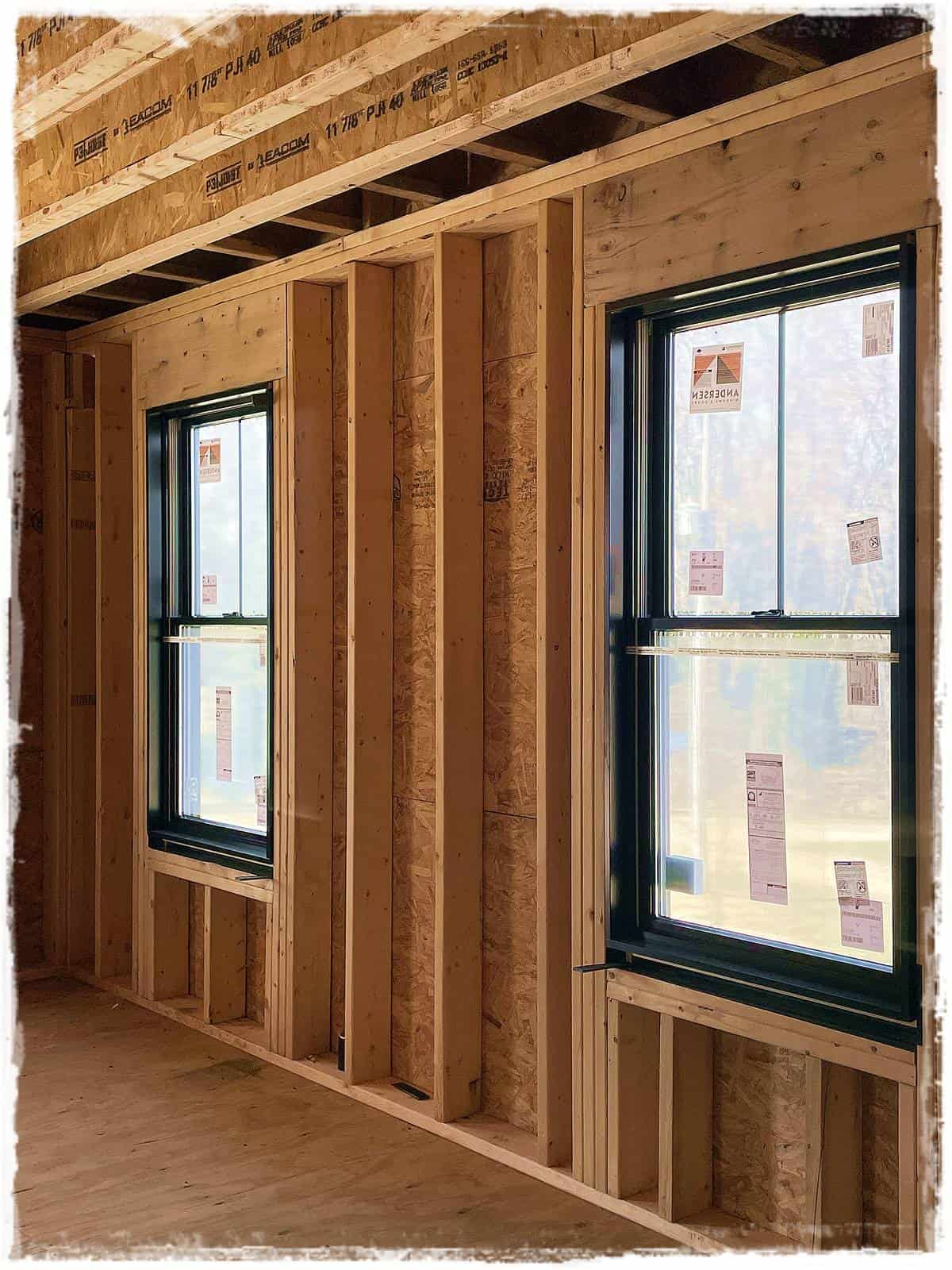 Because of the delay, we did hire some help. We intended to do all the labor ourselves but there just wasn’t time before the snow came. 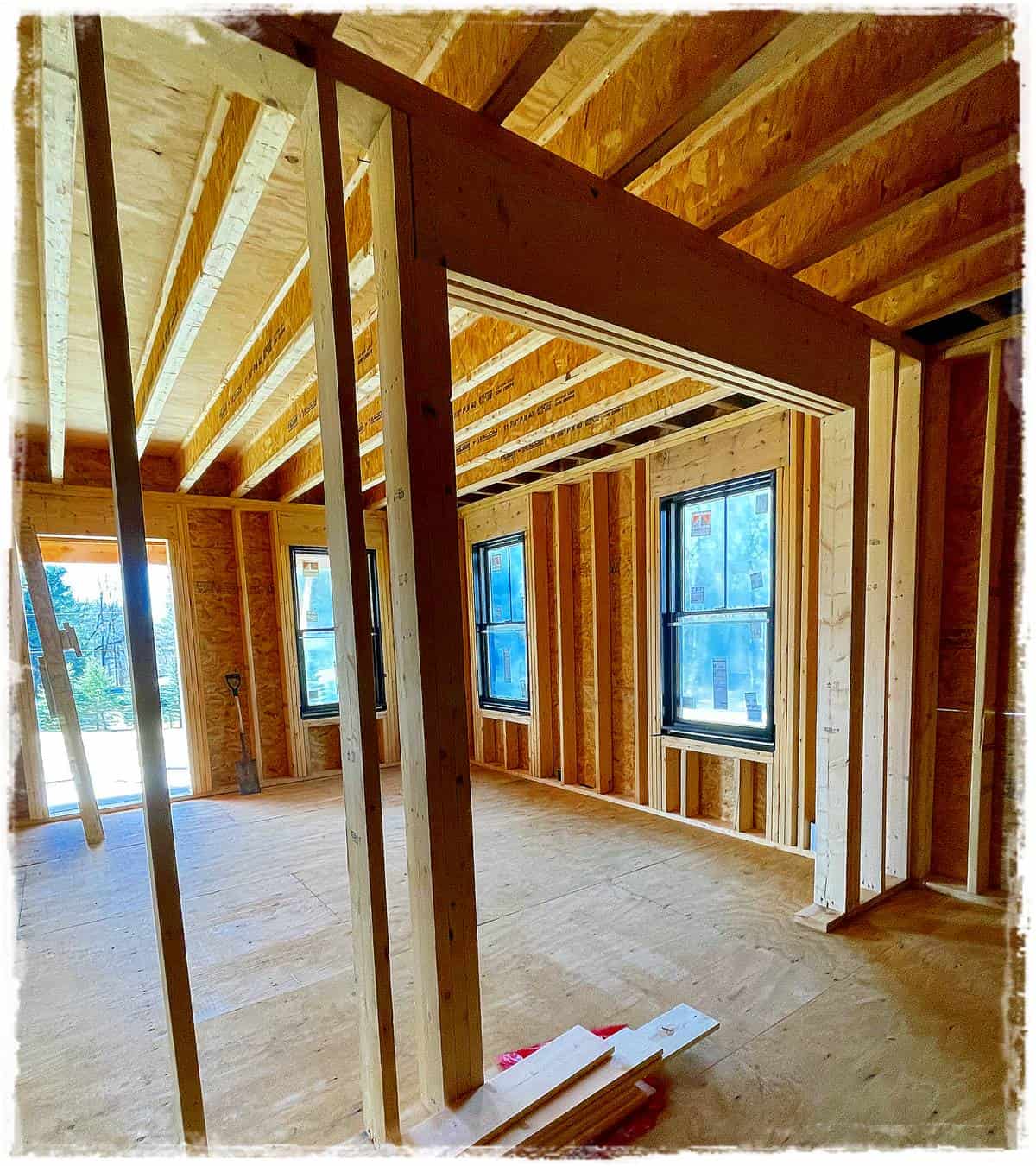 We framed the walkout basement and the first floor on our own. It was some hard work but a lot of fun, too! I used my late dad’s chop saw and the hubby had his late dad’s toolbox, so we felt well watched over. 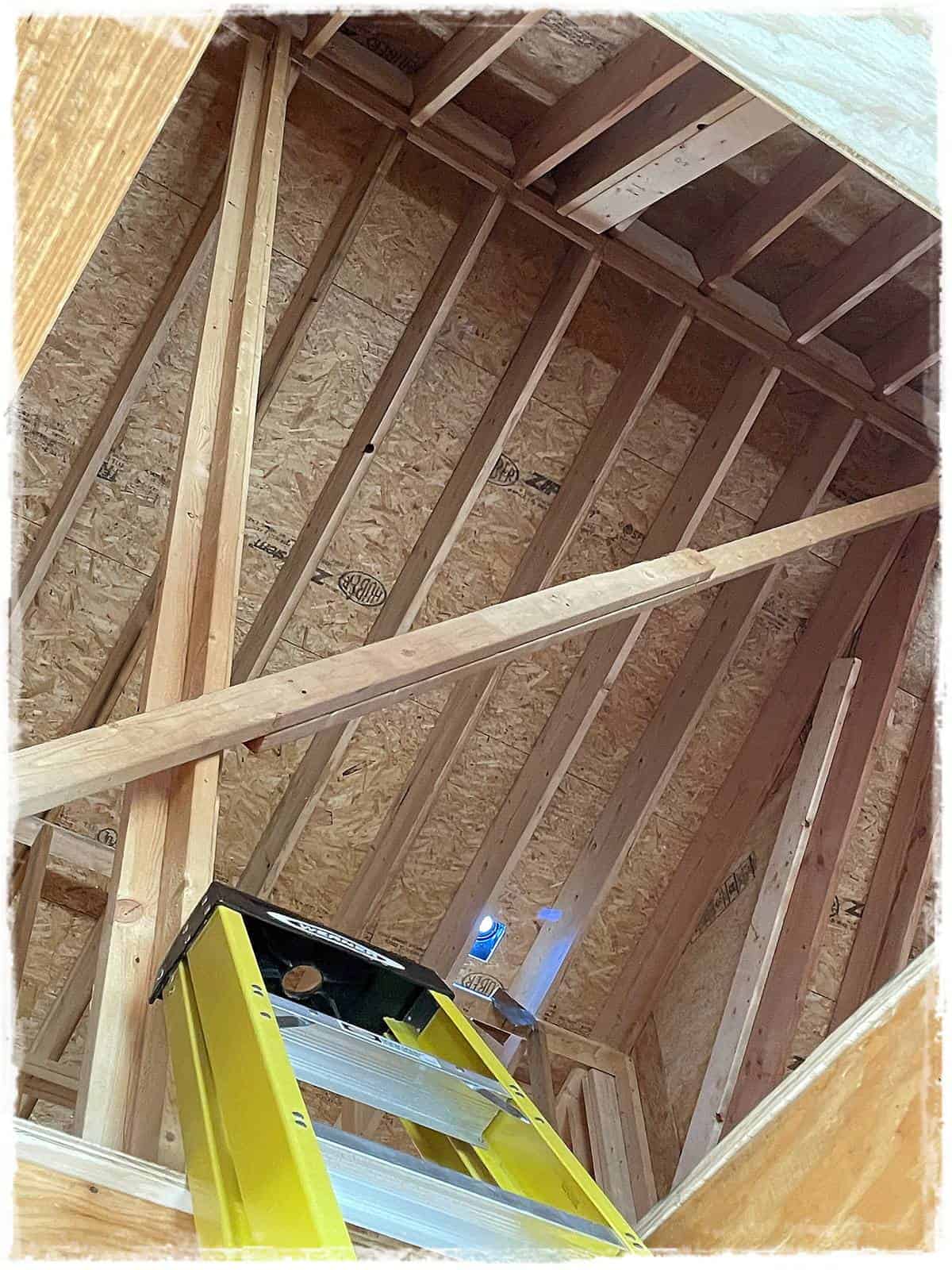 The second floor, which you can kind of see up through the stairwell, has 16 ft ceilings and we had that mostly done by a framing crew as well as the roofing. It was way too high for me! We had a big storm roll in when just the rafters were up and they literally came within inches of collapse. So this has been stressful at times. Mostly fun, though. From here on out we’re doing everything … the rest of the windows, electrical, heating, drywall … 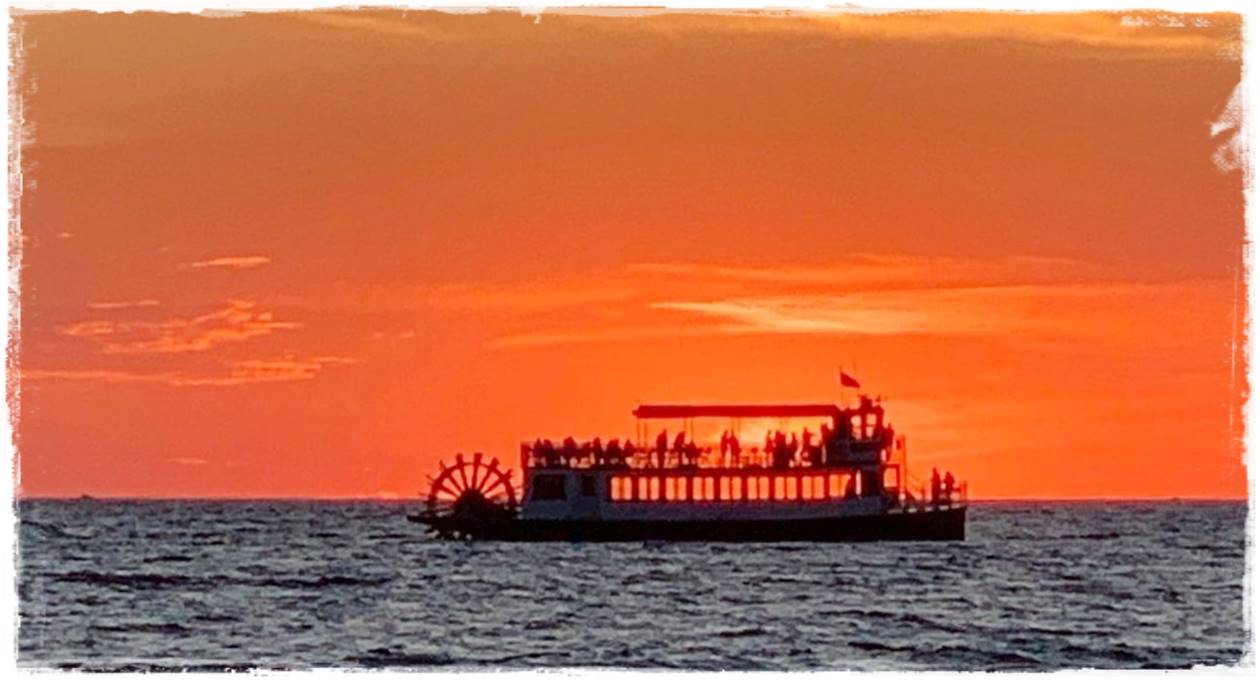 We did stop working on the house long enough to get married last October. We had a small, outdoor ceremony on a boat in Lake Michigan. It was lovely.

I’ll try to post about the homebuilding process occasionally. We’re doing this mostly ourselves and it’s the ultimate creative project. It’s also something that most people can do with some planning and a little thinking outside the box.

We’ll be moving onto the site soon into our camper. We’re close to a huge recreation area so will have plenty of options for actual camping if we need it and all the other services a camper requires.

Have you ever wanted to build your own house?


Warning: array_filter() expects parameter 1 to be array, int given in /home/customer/www/planted365.com/public_html/wp-includes/kses.php on line 1193