How To Keep Psyllium Husk Powder from Turning Purple

How To Keep Psyllium Husk Powder from Turning Purple UPDATED

Keep your psyllium husk powder from turning purple with the simple ingredients listed below!

What is Psyllium Husk Powder? 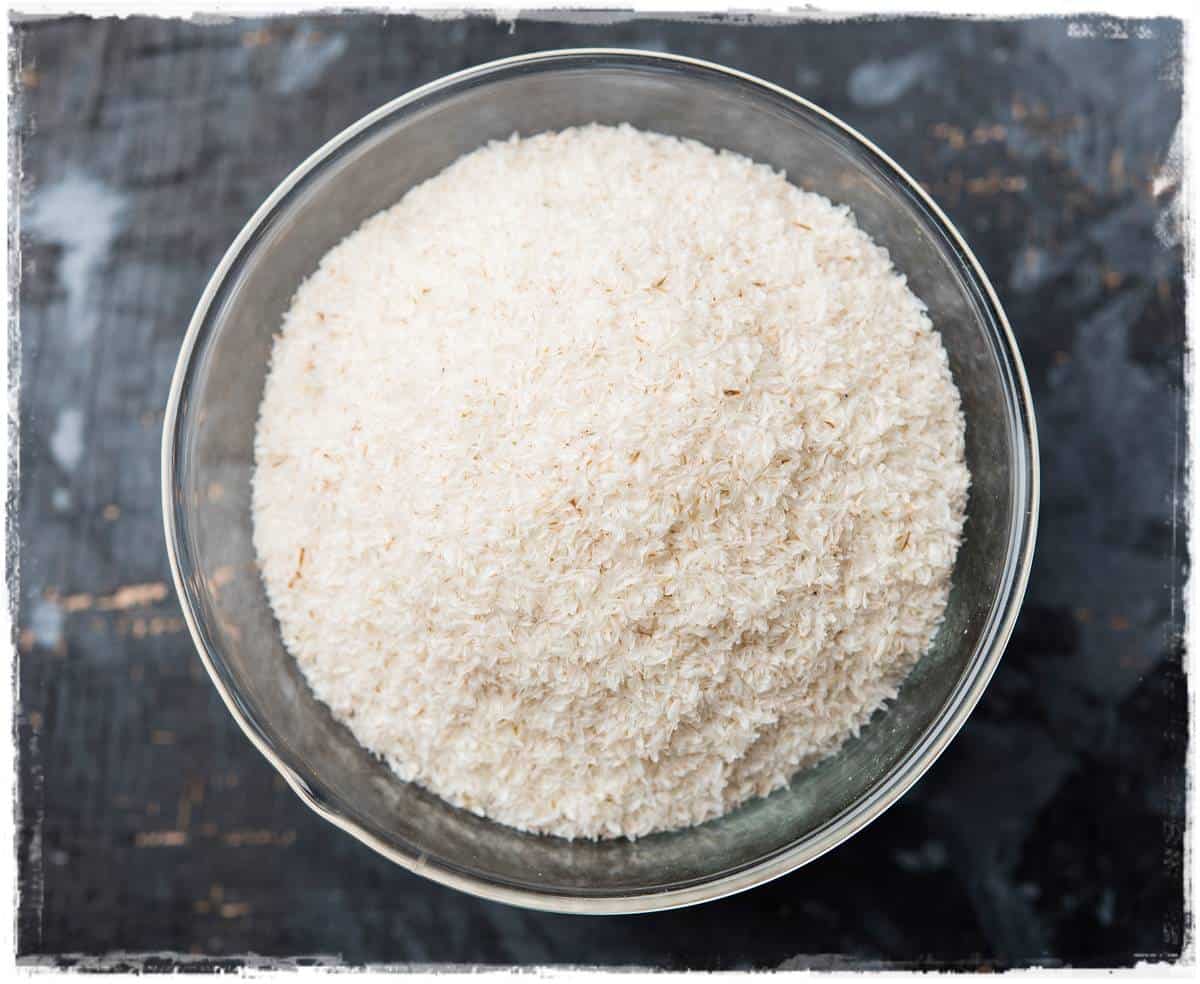 Psyllium husk powder is made from the husk, or outer covering, of the seeds of the Plantago Ovata plant. This crop is grown mainly in the Gujarat and Rajasthan regions of India. Until recently, it was used mainly in digestive products.

Now don’t let that prejudice you in any way! This is a pretty handy little seed that is both healthy and useful, especially in gluten-free baking! 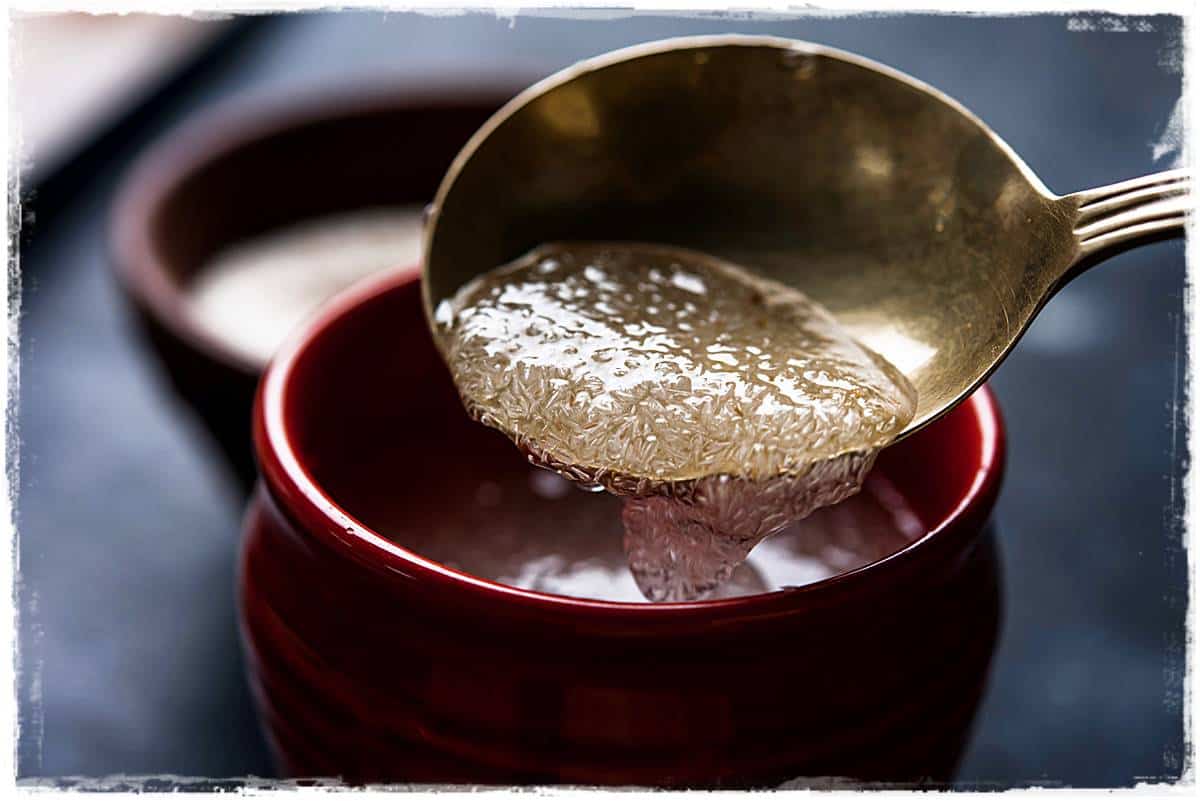 The seed of the Plantago Ovata plant has a husk around it that is nearly all soluble fiber. It’s been used in baking for centuries and is most commonly found today as a supplement for digestive health. It can be eaten every day and in addition to improving digestion also reduces cholesterol, especially the LDL kind. Even better, it works especially well at giving gluten-free breads the texture of “real” bread.

Psyllium husk fantastic to use in gluten-free baking and adds an authentic, chewy texture that will make you believe you’re eating real wheat bread! 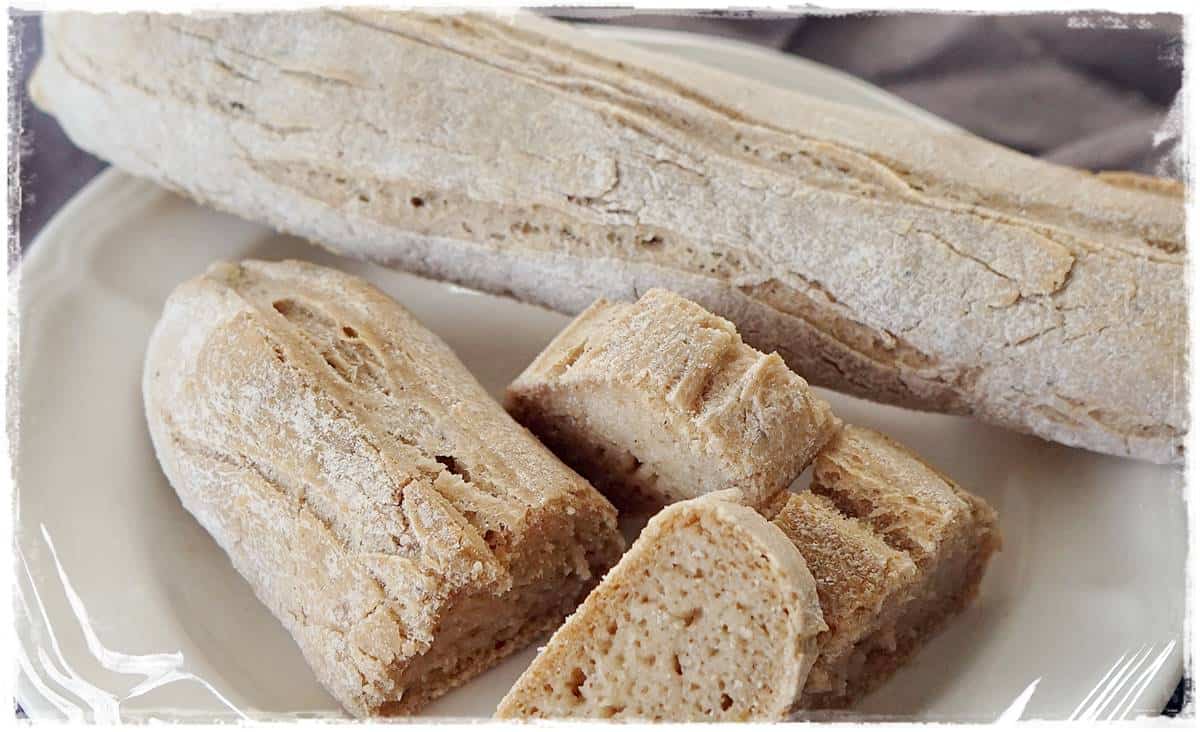 Gluten-free baking has come a very long way in just the past several years. Gluten-free pasta is fantastic now. So good, in fact, it can be difficult to tell the difference between GF pasta and wheat pasta. And baked goods like cakes and cupcakes are virtually undetectable as being GF. However, really good gluten-free bread that is also vegan is pretty hard to come by. Using psyllium husk powder is a game-changer in that regard. It’s gelatinous when wet and gives am authentic chewy texture to bread that will make you think you have a real, wheat baguette.

It’s not all that difficult to be vegan but add in the restriction of no gluten as well and that limits choices considerably. Most gluten-free baking, including bread and pizza crusts, use eggs to give a sturdier texture. This doesn’t work for vegans but it also doesn’t work very well. The texture is still weird and it will smell like eggs, which is pretty bad. Psyllium husk powder solves that problem handily adding a chewy sturdiness without any animal products.

Sounds perfect, right? Well … The only drawback is it can turn your baked goods a shade of light purple or gray! 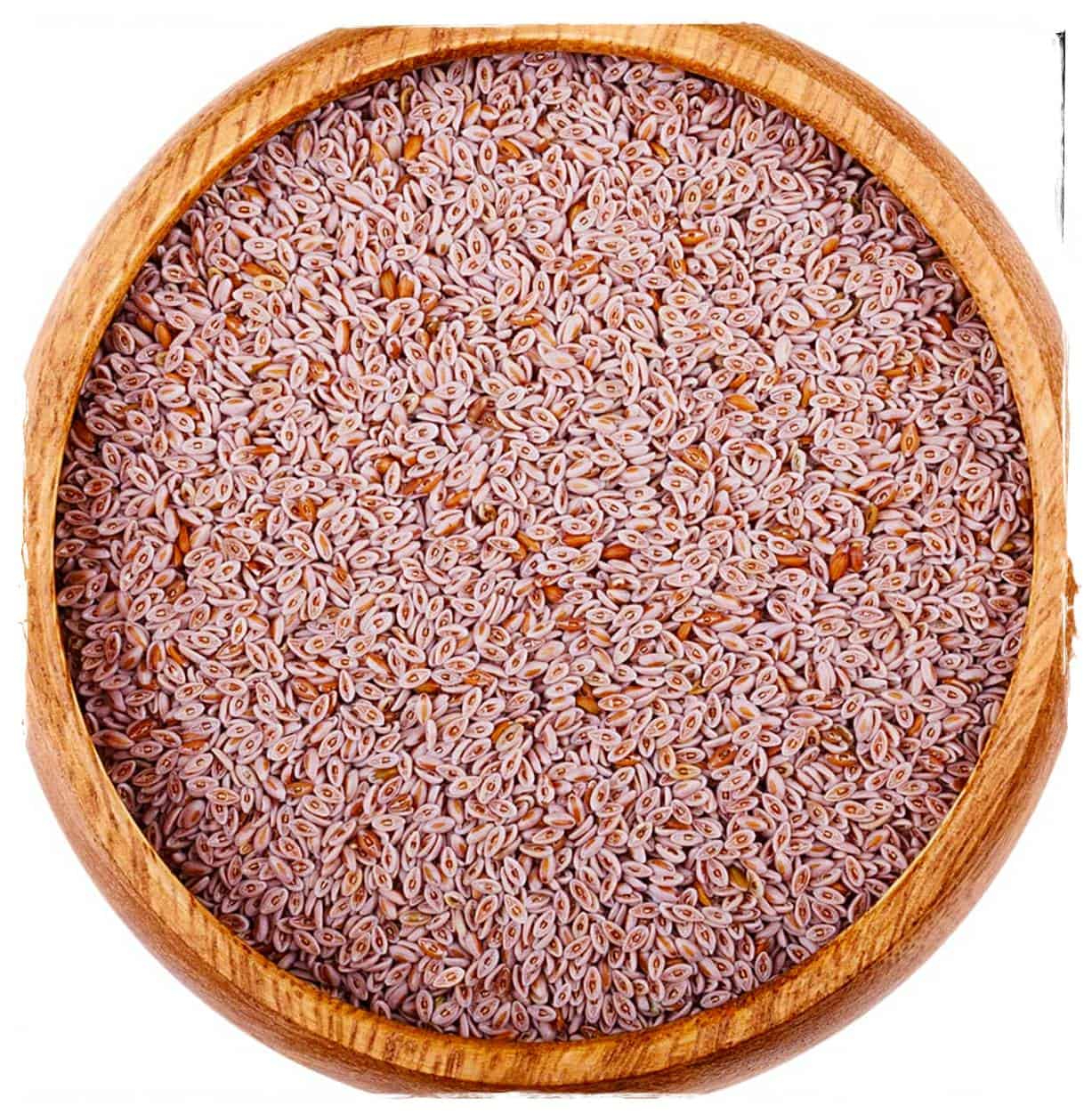 That purple hue, which isn’t harmful and doesn’t affect the flavor or texture at all, will give a purple or greyish cast to baked goods that include psyllium. It’s only a cosmetic issue and, if you don’t want purple bread, it’s easy to remedy!

It’s the acid in these two ingredients that bleach out the purple hue. Both are going to make any recipe slightly more acidic and also will add just a slightly sour flavor. This isn’t unpleasant and even makes bread taste more like sourdough.

I’ve updated this post to add lactic acid as THE BEST product to add to bread to prevent it from turning purple when using psyllium husk. Despite what it sounds like, most lactic acid is vegan and uses no animal products. It’s not usually made from milk, does not contain milk, and has no milk ingredients. It’s actually the byproduct of the fermentation of sugars.

HERE is a vegan lactic acid

The reason I’m listing this as the best one is that each acid has a different flavor profile. Citric is very citrusy, for example. Lactic acid has a much milder flavor that is more like sourdough. So it goes really well in breads. I’ll be making recipes in the near future for different gluten-free breads using psyllium husk powder and lactic acid.

That’s it. So very simple! Double or triple depending on the recipe. Also, if you’re making something you want to be extra “toothsome” and chewy, just add about a third more psyllium husk and a corresponding amount more of the lactic acid. 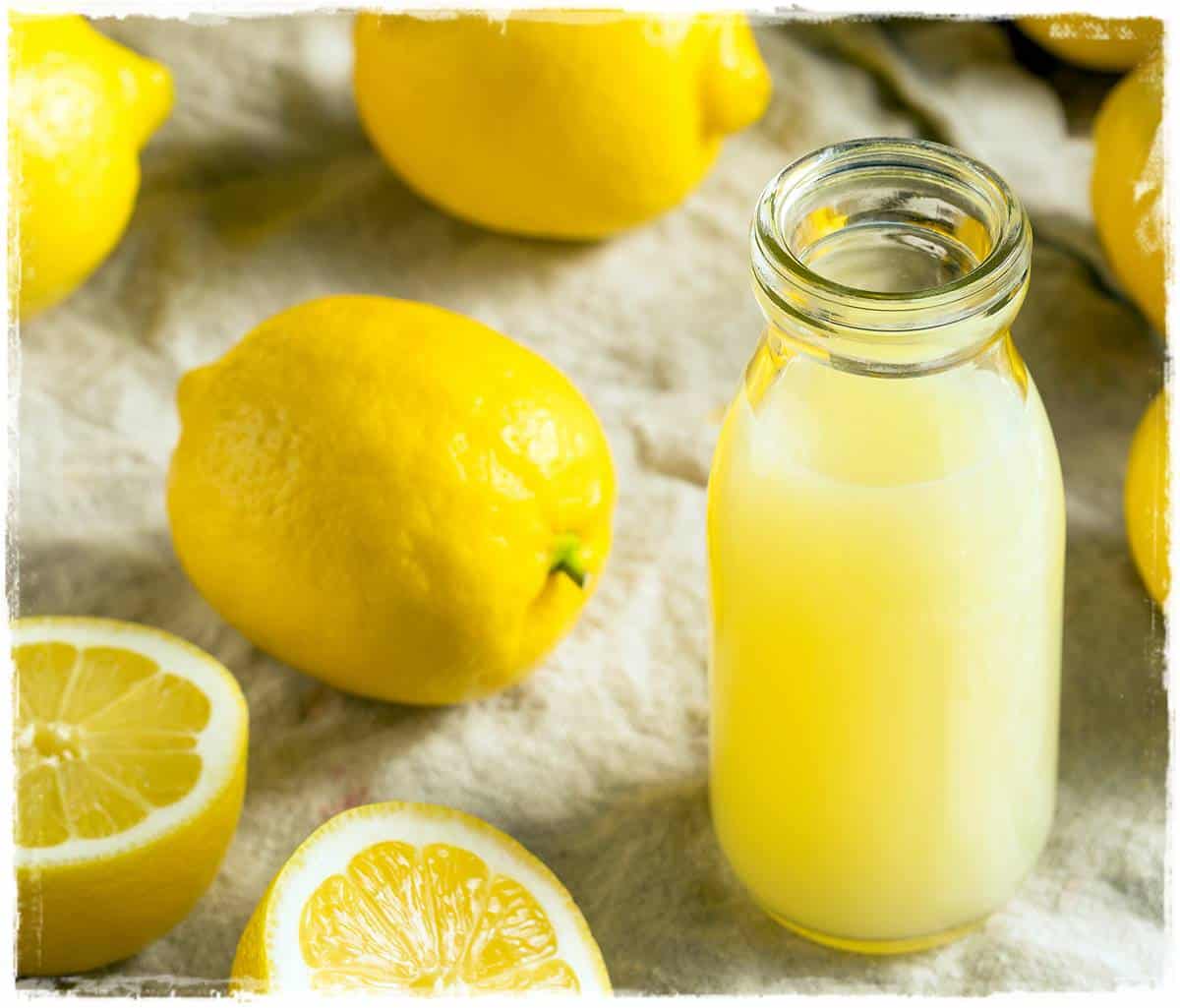 The acid and bleaching action in lemon juice works really well to stop psyllium husk powder from turning purple. Most of us will have it on hand, as well. Stir together equal parts psyllium husk powder and lemon juice and let stand for a few minutes. This will turn into a hardish, gel-like, bleached-out blob. To use in a recipe, put the blob into a bullet-type blender with some of the liquid from the recipe you’re making and puree it until it’s smooth and can be worked into the recipe. 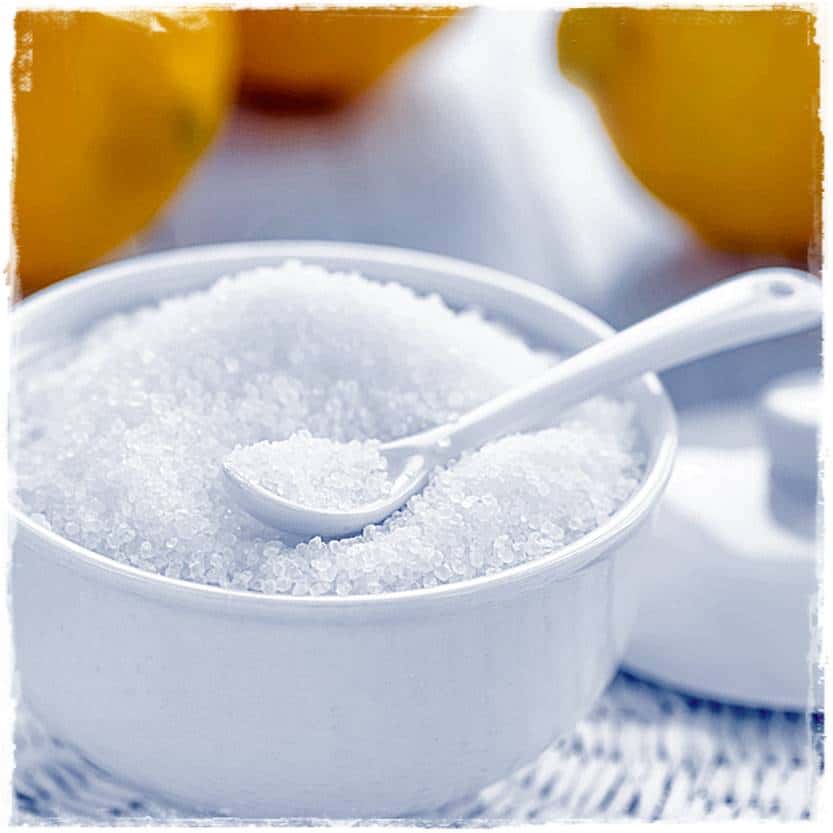 Citric acid works the same way and is, perhaps,  an easier fix if you have it on hand. For every 1 cup GF flour and 2 teaspoons of psyllium husk powder simply add 1/8 teaspoon of powdered citric acid. Citric acid can be found in the canning supplies section of any grocery. 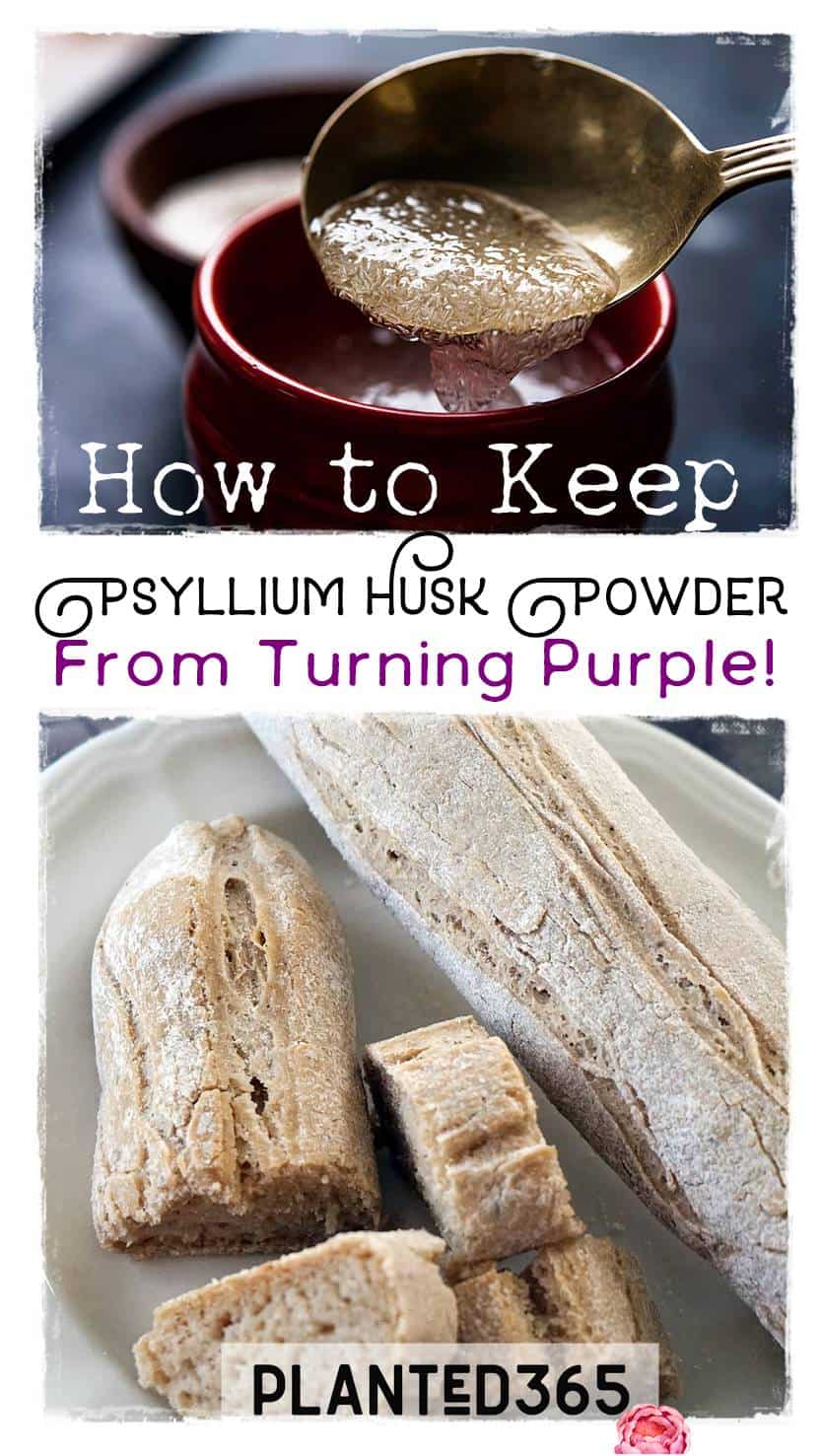 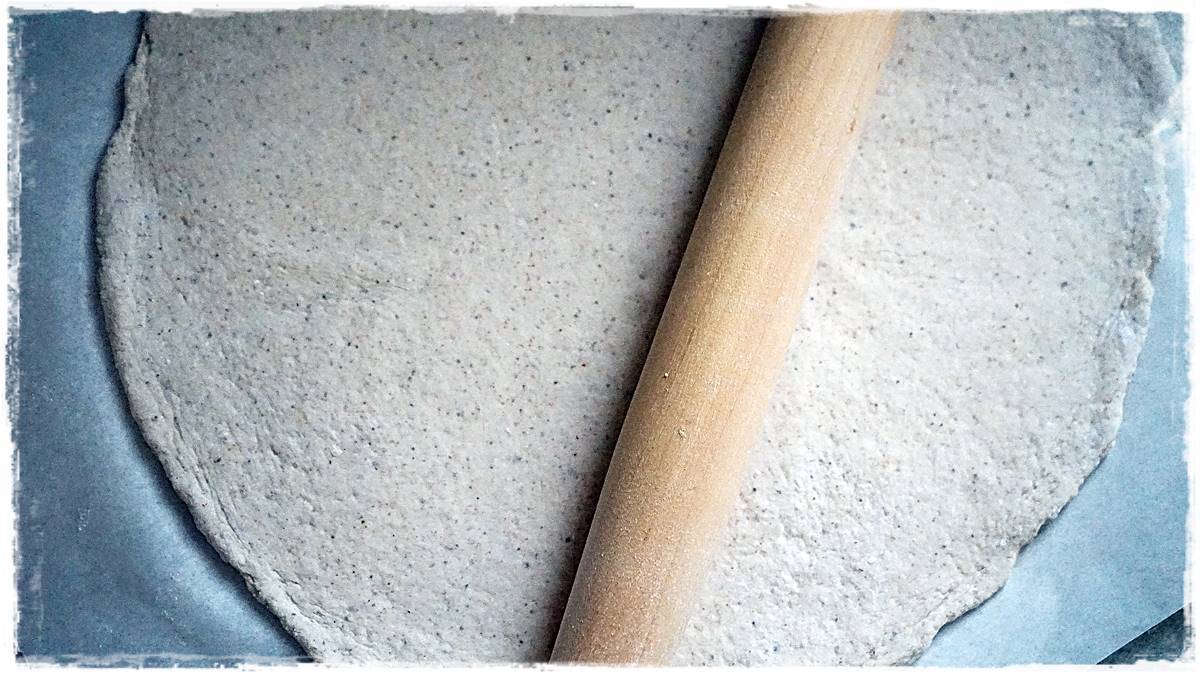 Thank you for your suggestions about using lactic acid to stop psyllium husk powder turning purple. I tried doing that but my flay breads all turned deep purple.

Hey Joe … It’s towards the bottom … here are the measurements …

Not all psyllium husk (or anything, really) is exactly the same as another …. some may have more persistent color than another one. I’ve updated this again to double the amount of lactic acid. Try that and let me know if it works out. If it doesn’t maybe we can troubleshoot from there. I hope it works for you … I’m SO happy to be able to make “real” bread again!!

You’ve added lactic acid as being the best for bread, but you haven’t provided the measurement?

Hi Matt, thank you for pointing that out! I’ve updated the post and the exact measurements for everything are now included.