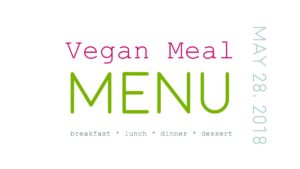 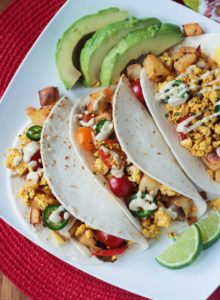 I went away with the vegan boyfriend and a group of friends over the weekend to Lake Michigan. One of the surprise vegan options was seeing THIS at Silver Lake Pizza in St. Joseph, MI: 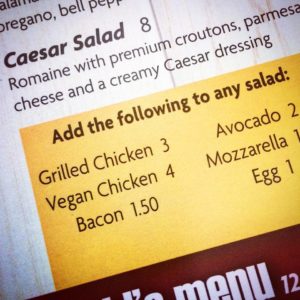 What? Vegan chicken? Well, we discovered it was a vegan and gluten free chicken/ch’ken product that was delicious. We had it on a spring greens mix with dried cherries (it is Michigan, after all), almonds, onions, and a balsamic dressing.  It was a beautiful thing. It even looks good in cell phone pics. 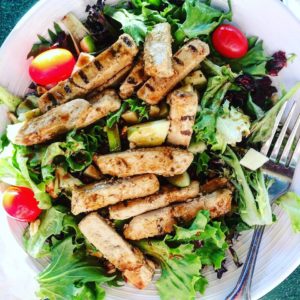 Speaking of beautiful. I love where I live. Michigan is a stunningly gorgeous state. These are from Weko Beach in Bridgman. 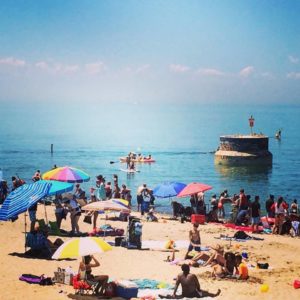 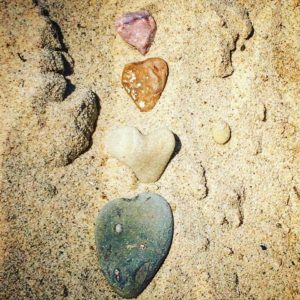 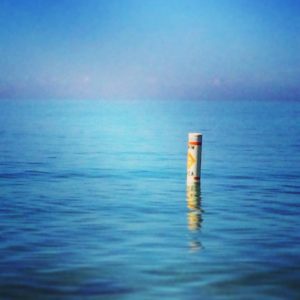 Anyway, this Vegan Curried Chicken Salad recipe is similar to what we had. It’s from Amy Katz at Veggies Save the Day and looks just as tasty. I love the stamped forks. 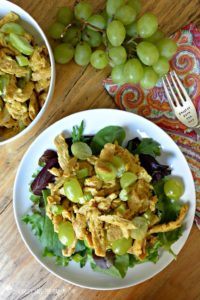 So, just a week ago I published a DIY Impossible Burger recipe you can make at home. I, my-gluten-free-self, wrote with my own gluten-free hands that the Impossible Burger contains wheat and so I wouldn’t be able to try it. Just days later, I was so excited to see it on a menu at Schu’s in St. Joseph, that I ordered it and ate most of my half before I went, “shazam, this isn’t gluten free!” 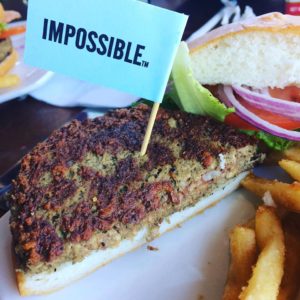 It was pretty good and, as I mentioned, I was totally geeked to see it in the wild. I’m thrilled at the increase in vegan options, including this one. But … the Impossible Burger just didn’t curl my toes, either. It was $13 for the burger and fries and I think the little TM flag is required to serve it.  I liked the home made version better. It doesn’t have weird ingredients, and $13 worth of ingredients will make as many as 8-10 burger patties. And the I’m Possible Burger is gluten free. 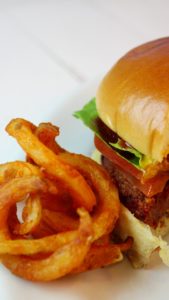 Every time I pass a Wendy’s, which has vegan French fries, btw, I say, “Someone should make a vegan  Wendy’s Frosty recipe.” Well, The Edgy Veg did and it looks awesome. 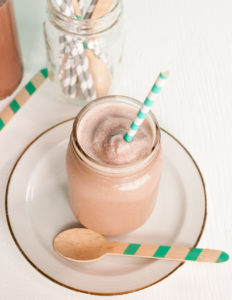 That’s it for today. A full day of delicious, healthy, satisfying vegan nourishment.

Do you have a favorite recipe? Tell me about it below!

What a delicious day of plant based eats! Thanks for including my Breakfast Tacos!

Thank you, Jenn! The tacos are awesome and your whole blog looks wonderful!

Thank YOU and you’re welcome ?